Happy Thursday! Since this day usually is all about randomness, I thought it might be fun to share a little writer’s dirty secret: So much of my favorite (and often best) work has come about while I was trying or supposed to be doing something else. I get my best ideas on head-clearing walks or while folding laundry I do as a form of procrastination. I clean with a notebook nearby. I also get ideas for blog posts while working on work projects. I even have a whole bunch of poems comprised of random lines I scribble down throughout the day at work or while I’m running around town.

For example, I’ve been writing a course on ancient grains recently and getting reacquainted with some old, neglected favorites. I blame the 2014 Integrative Healthcare Symposium (hi, Dr. Perlmutter!*) for temporarily scaring me off the grain wagon, and even though I quickly realized that I’m someone who needs a little carbohydrate in my diet to keep me on an even keel (oats, beans, lentils, sprouted-grain bread, fruit, and starchy veggies are some of my staple sources), I never got back in the habit with certain foods I used to practically live off of. Quinoa is a great example. I’m sorry, quinoa—it’s not you, it’s me. I had some s*** I needed to figure out. Can we maybe try this again?

This so-called ancient grain is actually not a grain at all but, rather, a tiny seed commonly eaten like a grain, which is why it’s sometimes called a “pseudo-cereal.” Native to South America, quinoa was considered sacred by the Inca people. It’s a tough mother of a plant—the United Nations actually deemed it a “super crop” because it can be grown without much in the way of irrigation or fertilizer, adapting well to a variety of climates, even dry ones. It boasts a hefty dose of fiber and is considered a complete protein, as it contains all the essential amino acids.

There are over 100 varieties of quinoa, but the most commonly cultivated are white, red, and black. I happen to be partial to the red, as it’s got a bit heartier taste than the mild white, and it retains its shape well when cooked. Because quinoa has a bitter outer coating, saponin, it needs to be rinsed well before use. For people who still find quinoa difficult to digest, soaking your quinoa can help release the phytic acid (which binds to certain vitamins and minerals and keeps us from absorbing them) and activating phytase, the enzyme that helps us digest them.

If you decide to take this extra step, here’s a quick how-to: 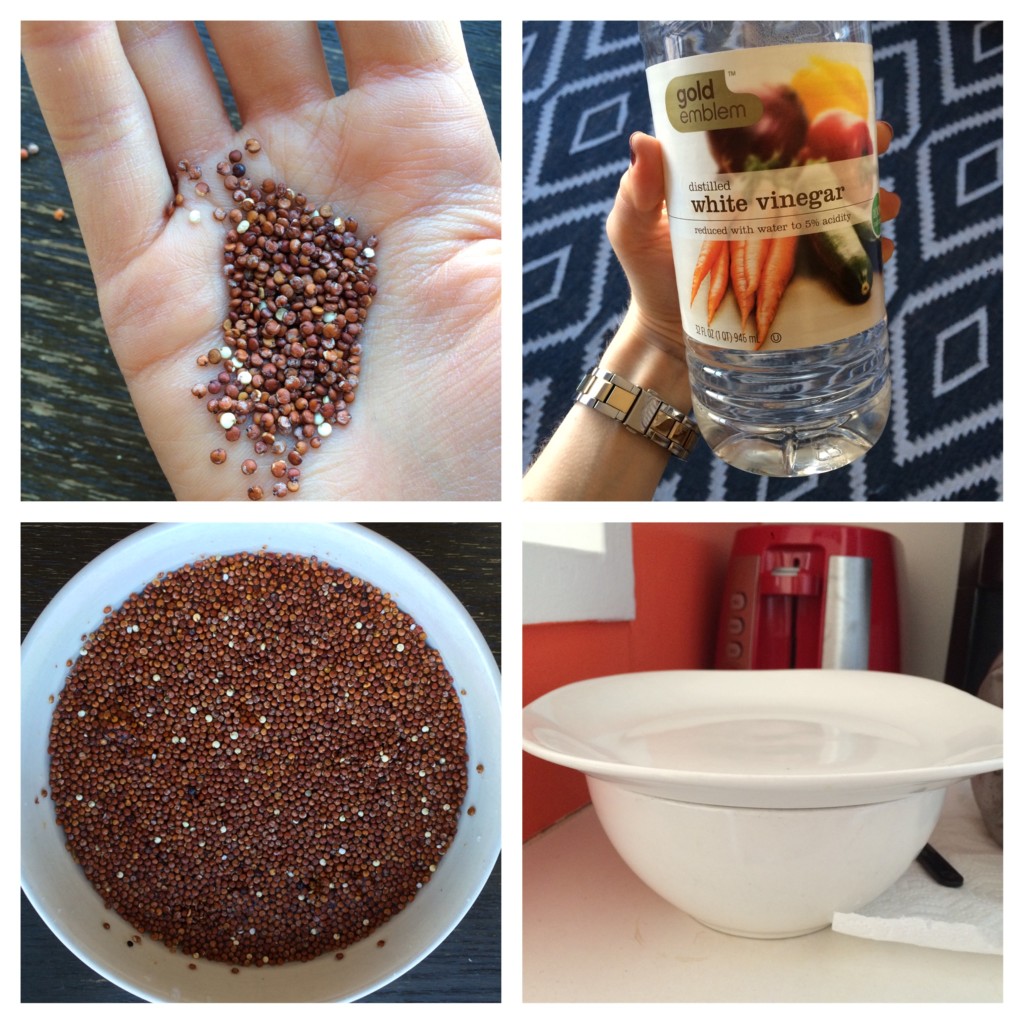 *I’m not saying that low-carb or grain-free diets are “bad.” As I was saying on Monday, from my perspective as a dietitian, the most important thing is that what you eat makes you feel good and helps you stay well. For some, that diet may include grains, but others may do better without. We are all special snowflakes—on the inside and out.