I’m going to be totally honest with you guys about something I’m a bit scared to admit.

I hate bridal showers. The only thing I hate more is baby showers.  Bachelorette parties come in at a close third.

Apologies to any friends of mine reading this whose showers or bachelorette I was at. I love you, but it is totally possible that when I disappeared for those ten minutes it was so splash my face with cold water and silently scream in the bathroom. It’s not you—it’s me #sagittariusproblems

Even though I was so happy when my sister got engaged this winter, I was a little worried I’d have a hard time rallying. Thank goodness it’s been different this time around. For someone who just, like, hates anything wedding-related, it’s actually been really fun to get the festivities in order for my sister’s wedding next month! I guess it really is different when it’s your own family.

Here’s a look at some of what I ate while I was with my family for her shower earlier this month.

I’d made the trip out to New Jersey the night before, and after a dinner or sushi and veggies, stayed up with my mom prepping some desserts for the event. These mini llama-topped cakes were actually round cut-outs from sheet cake that were then cut in half and stacked one on top of the other, with a layer of lemon cream cheese frosting in the middle. Then they were rolled in powdered sugar and eventually topped with a little more frosting, a few berries and a llama decoration. 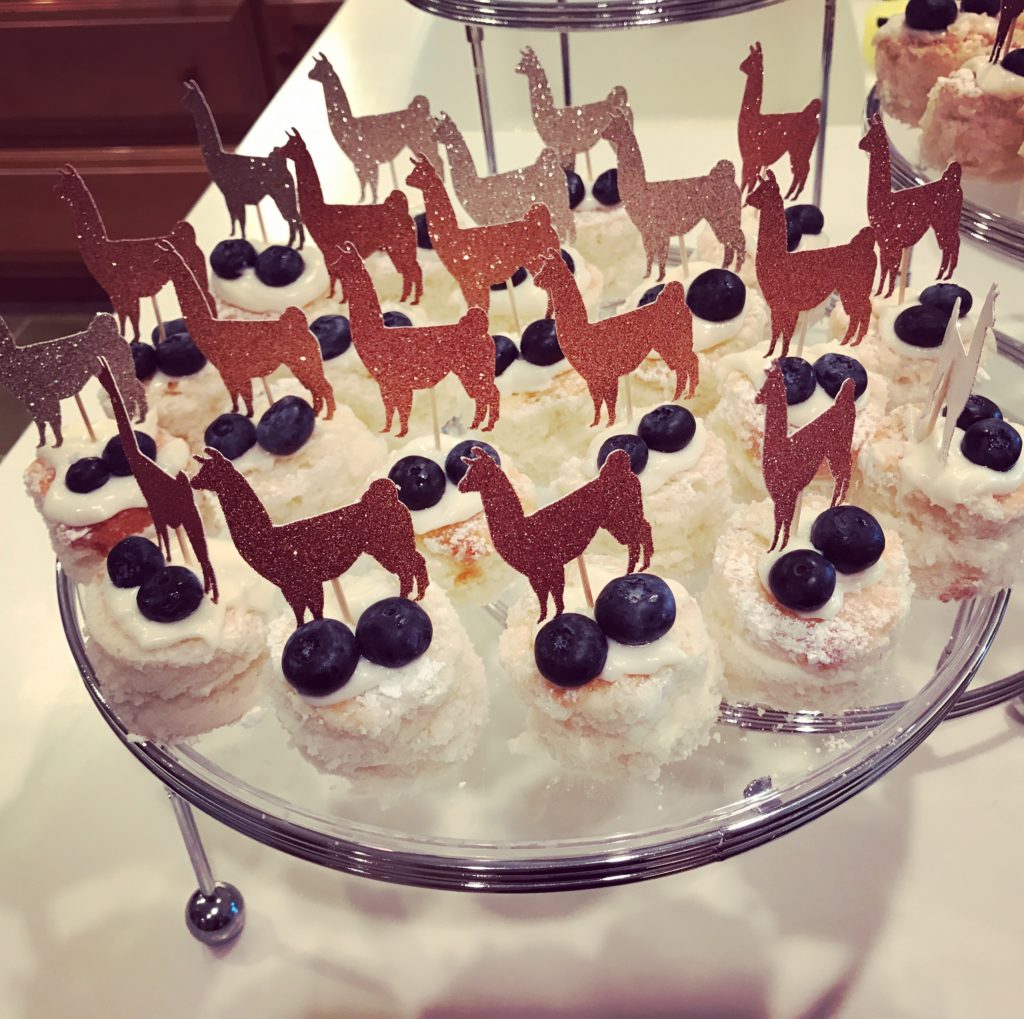 Breakfast the next morning was simple (and not photographed because I was rushing) : eggs over spinach and leftover roasted cauliflower

The other maid of honor and I went over to my aunt’s house, where the shower was being held, a bit early to set up, so before she got to my parents’ house I had a smack of Greek yogurt with ground flax. And more coffee on top of my already-to-much coffee.

Speaking of coffee, we set up an iced coffee bar at the shower. Super-cute! 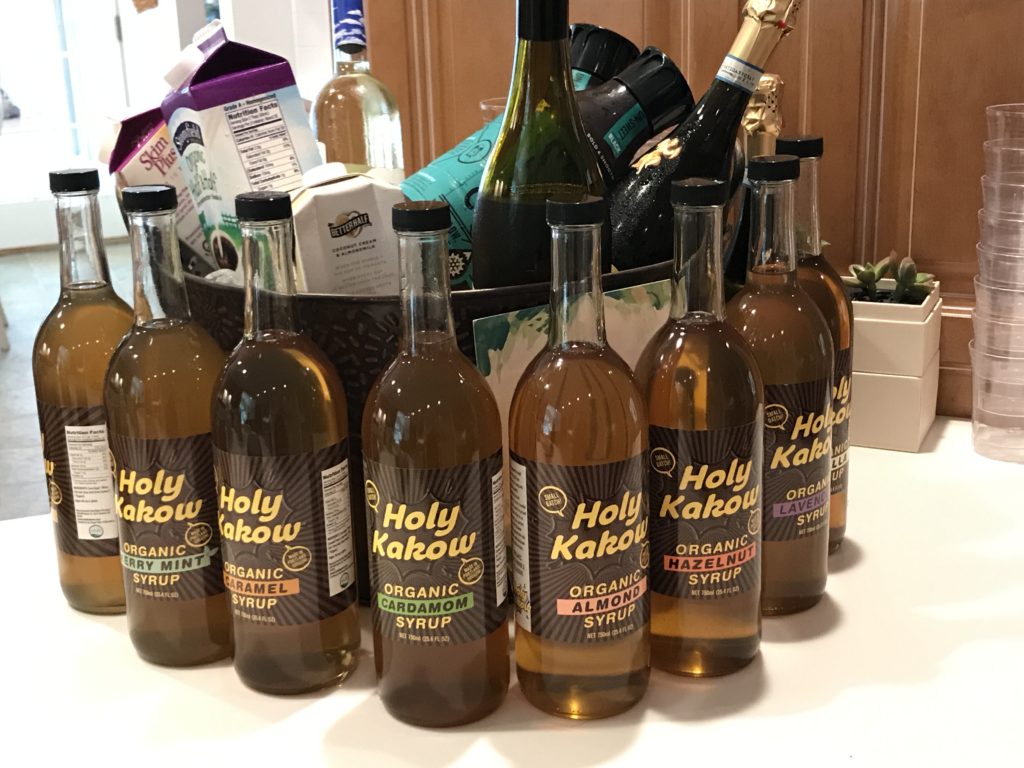 We also had prosecco and mimosa fixings. I stuck with a glass of bubbly. 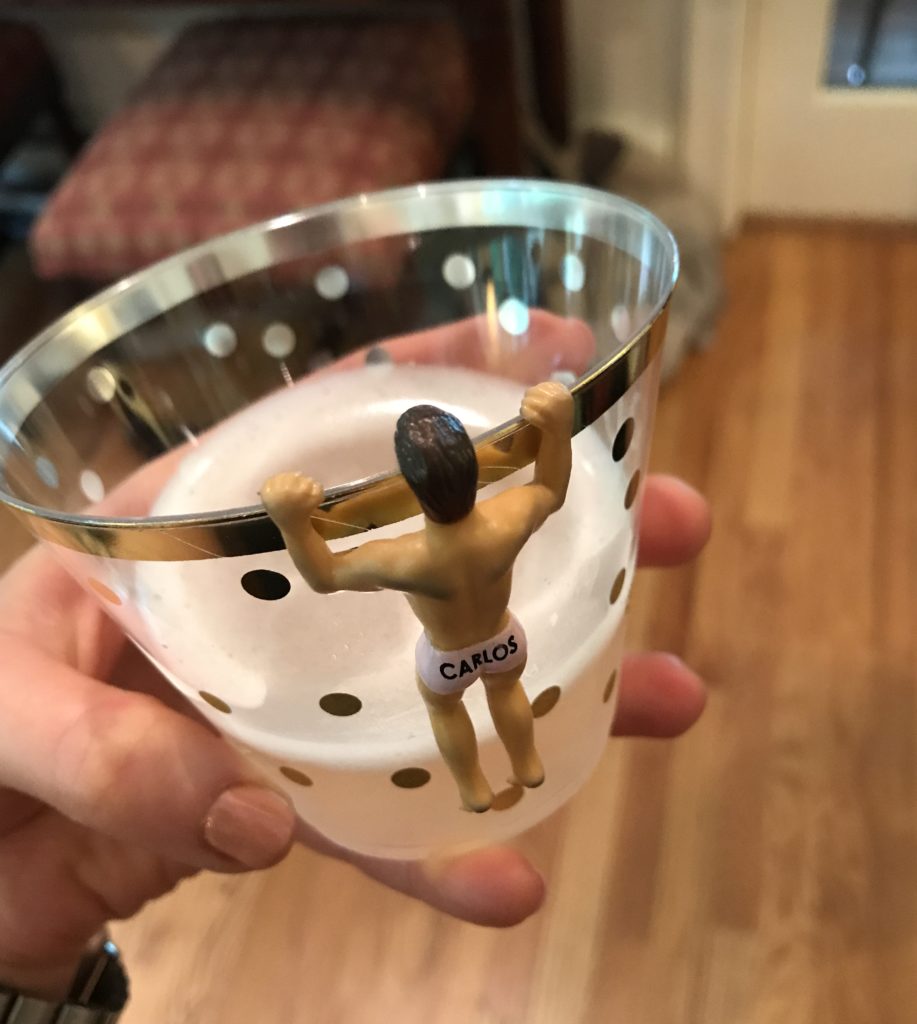 We served a lot of my sister’s favorite foods at the shower, so I enjoyed a plate of salad with homemade ceviche, sushi, cheese, and a blini with caviar. 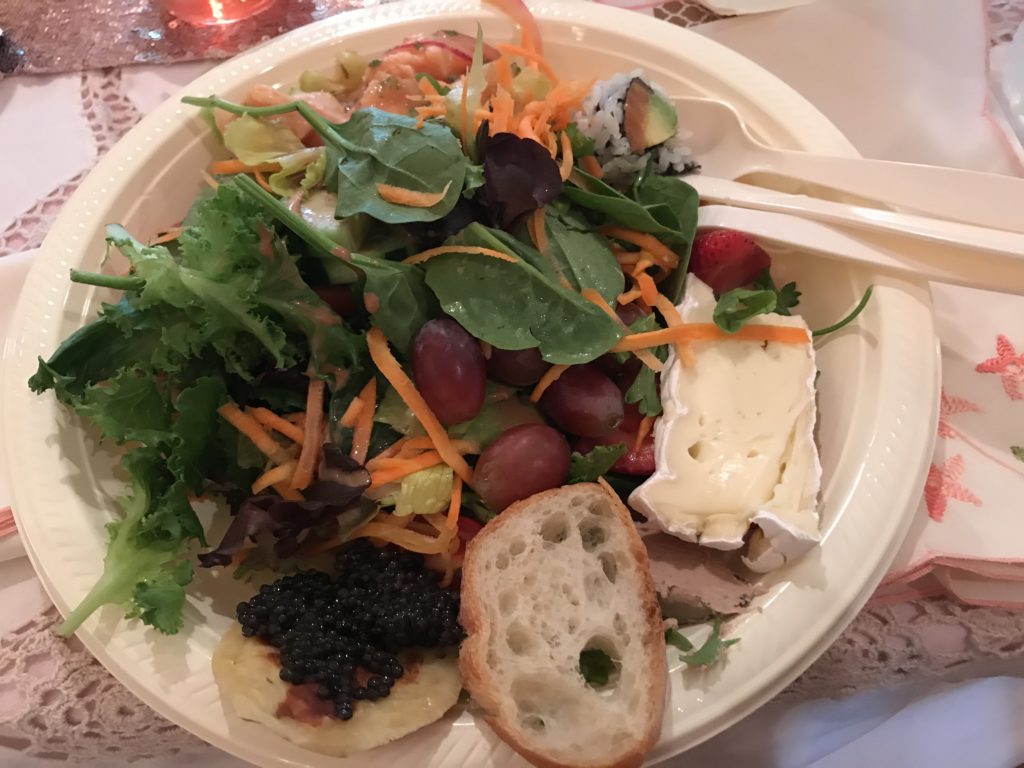 Because I’d sampled my share of llama cake during the cooking and decorating process, for dessert, I stuck with fruit and a spoonful of cannoli cream—yes, you can buy it separately and it is amazing!

When it came time for dinner, I wasn’t super-hungry, but some salad with grilled chicken from a local pizza joint my dad wanted to order from hit the spot. My aunts came over a little while later and the girls all sat out on the back porch talking and drinking until pretty late. Eli joined in because he wanted to be with the humans. 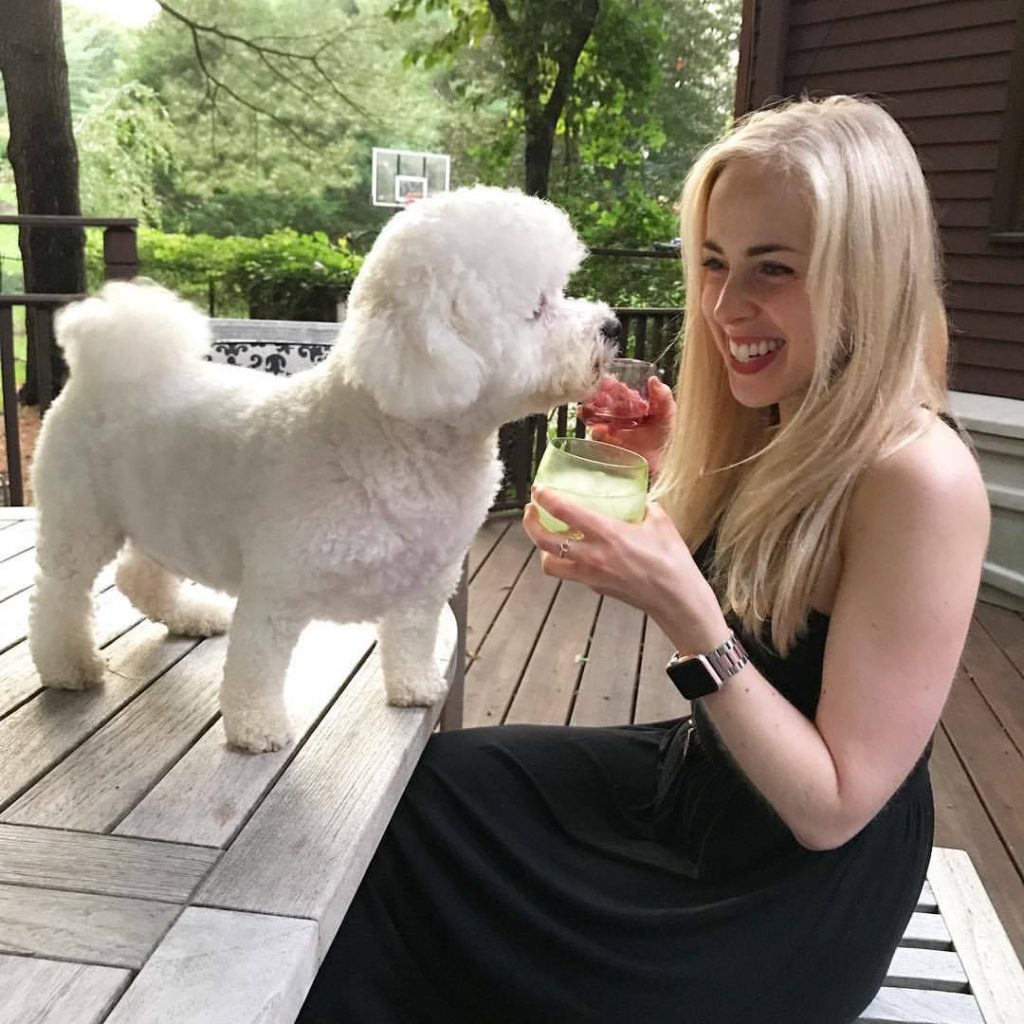 By the time we called it a night it was almost 11 (late for me!) and I was starting to get hungry, so I had more yogurt with a drizzle of maple syrup—perfect evening snack.

What are some foods your family serves at special occasions?