Happy Thursday! Hope you’re having a wonderful week. As usual, this week I’ve got a bunch of stuff to share from the past week, so let’s get into it!

Last week I went to an awesome event with MorningStar Farms where we enjoyed a tasting of five new bowls they have coming out, complete with wine pairings from to accompany each. It was lots of fun and the company representatives were great about answering my questions.

I’m a tough critic when it comes to frozen foods—especially fake meat ones, but I was legitimately impressed with the quality. The flavor and texture were definitely a big step above the crap I used to stock my home freezer with in my early twenties when I was living with a vegetarian. I wish these had been around! Though I wouldn’t encourage soy-based meat substitutes as the backbone of any plant-based diet, they do fill a void, especially for people transitioning to a more plant-centric style of eating. 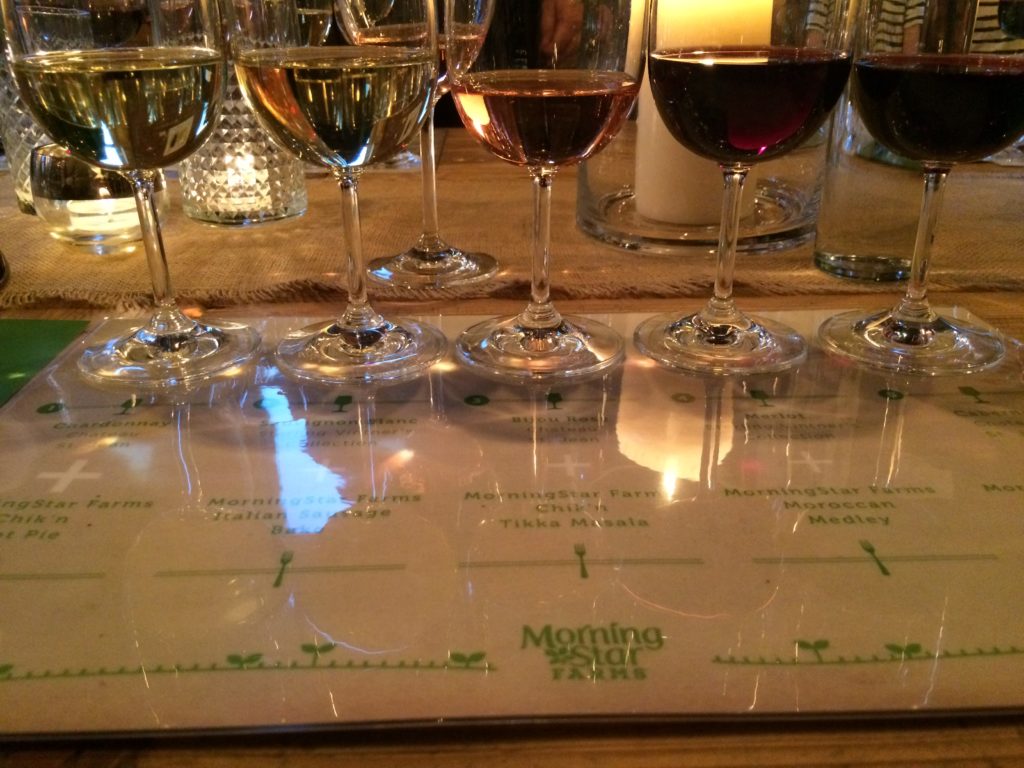 I had a few favorites. One was definitely the Italian Sausage Bake, which featured chickpeas, eggplant, spinach, and zucchini as well as a creamy sauce to offset the soy-based sausage. 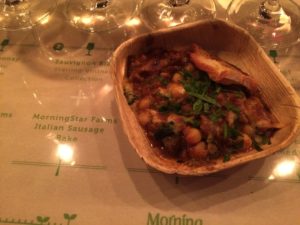 The Moroccan Medley also stood out to me. I can’t remember the last time I had a frozen dinner with olives in it. The texture of the couscous was also fantastic—hard to get right in a frozen meal. 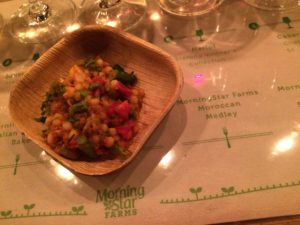 The Chik’n Tikka Masala was another hit. Frozen Indian meals can be a disaster and too mild, but this had a well-balanced flavor and the texture of the soy chicken was firm enough to actually make you feel like you were eating real meat instead of a block of soft whatever-the-f***. Some of these entrees come with bread that can be heated separately. As an RD, I don’t really like the idea of eating naan with chickpeas (clinical brain sees carbs on carbs), but for those who would be seeking out bread anyway, it offers portion control. 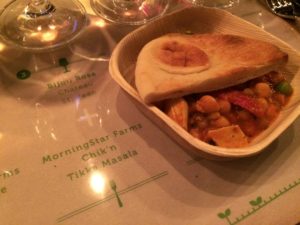 These bowls, which were designed to be around 300 or so calories and provide 15 grams of protein, can be heated in the microwave or oven (but not a toasted oven, FYI). They should be available in Wal-Mart stores starting at the end of October and will make their way to other retailers.

In other news, I’ve been busy with fun writing stuff. In case you want some reading…

-This slideshow I put together for Shape is packed with antioxidant-rich pink smoothie recipes for Breast Cancer Awareness month.

-I also have a story out on Shape about the downfall of light yogurt. Once upon a time, I used to eat Dannon Light & Fit. That just seems crazy to me now…my body doesn’t even recognize that as real food anymore.

-My latest Fitness Magazine story is full of Tasty Pumpkin Recipes You Need To Try This Season. Thanks to all the RDs who shared their delicious, healthy recipes with me!

– My latest post for Azumio is full of simple hacks for healthier meatballs.

-I was also quoted in this Self story last week about the recent Naked Juice lawsuit.