This recipe is sponsored by Kikkoman. Today I’m linking up with the Recipe ReDux to share a reduced-sodium recipe that doesn’t skimp on flavor.

Soy sauce is a popular kitchen staple. It’s an easy way to add depth and flavor to a dish with minimal effort. It’s been around for thousands of years and is a key component to countless dishes. However, its sodium content can be a challenge, especially for someone on a low-sodium diet. Traditional soy sauce contains almost 1,000 mg per tablespoon—almost half of the recommended limit of 2300 mg per day and two-thirds of the 1500 mg recommended to people over age 55 or those suffering from or cardiac conditions such as hypertension.

KikkoMan is teaming up with the Recipe ReDux this month to feature its Less Sodium Soy Sauce, which has rough half the amount of its regular product. While it’s still not a low-sodium food, it’s a huge improvement. 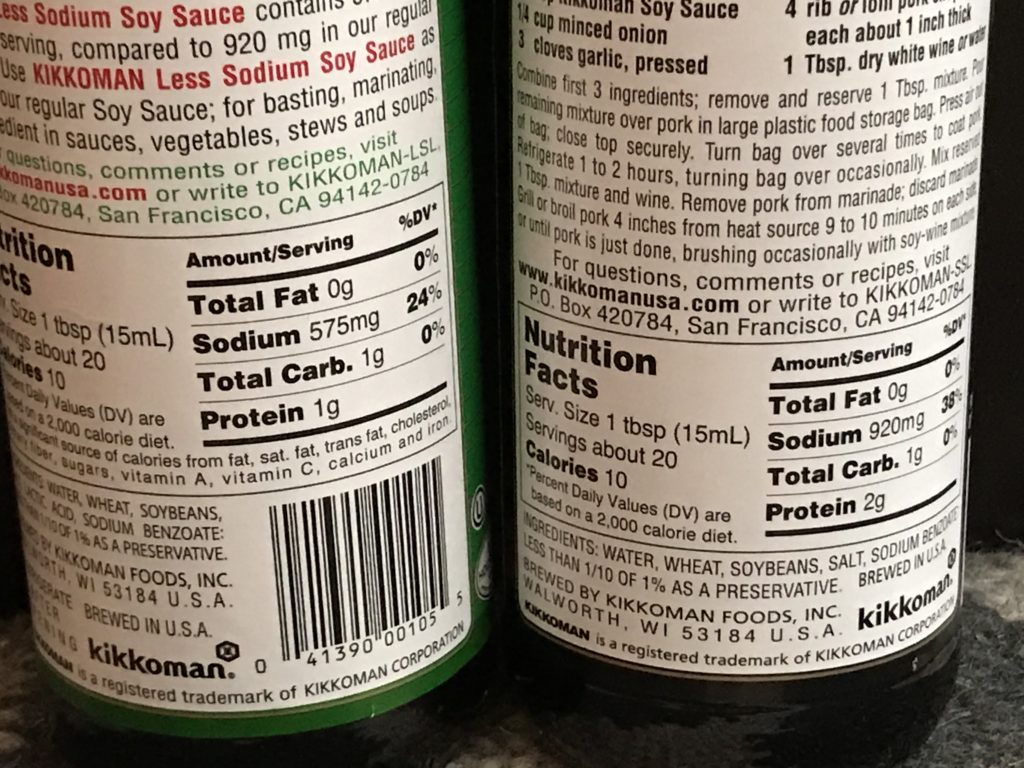 A study conducted on soup, salad dressing and stir-fried pork found that by using 1/2 teaspoon of KikkoMan Less Sodium Soy Sauce in place of 1/2 tsp. table salt, the sodium content of the recipe was cut by 1000 mg. Not too shabby! Our recipe challenge this month is to cut the sodium one of our family’s favorite recipes in a similar way. Challenge accepted!

Growing up, I used to watch my mom pour a bottle of salad dressing over boneless, skinless chicken thighs and bake them to use during the week. It stuck with me, I guess, because to this day, one of my favorite easy dinners involves baking fish (usually a filet of wild cod or salmon) in a teriyaki-like sauce. I like to thin out the sauce with water to mellow out the flavor and get some steam to form, which helps avoid that dried-out texture you sometimes get with fish, especially if it’s been thawed from frozen.

It’s easy to get in a rut using certain ingredients in the same context. For example, soy sauce almost always conjures up thoughts of Asian food, but I’ve found that when you use just enough to impart some of that umami taste, the pairing possibilities are endless. For this recipe, I created my own sauce that slashes the sodium but still packs a flavorful punch while still being versatile enough to pair with a wide range of flavors. 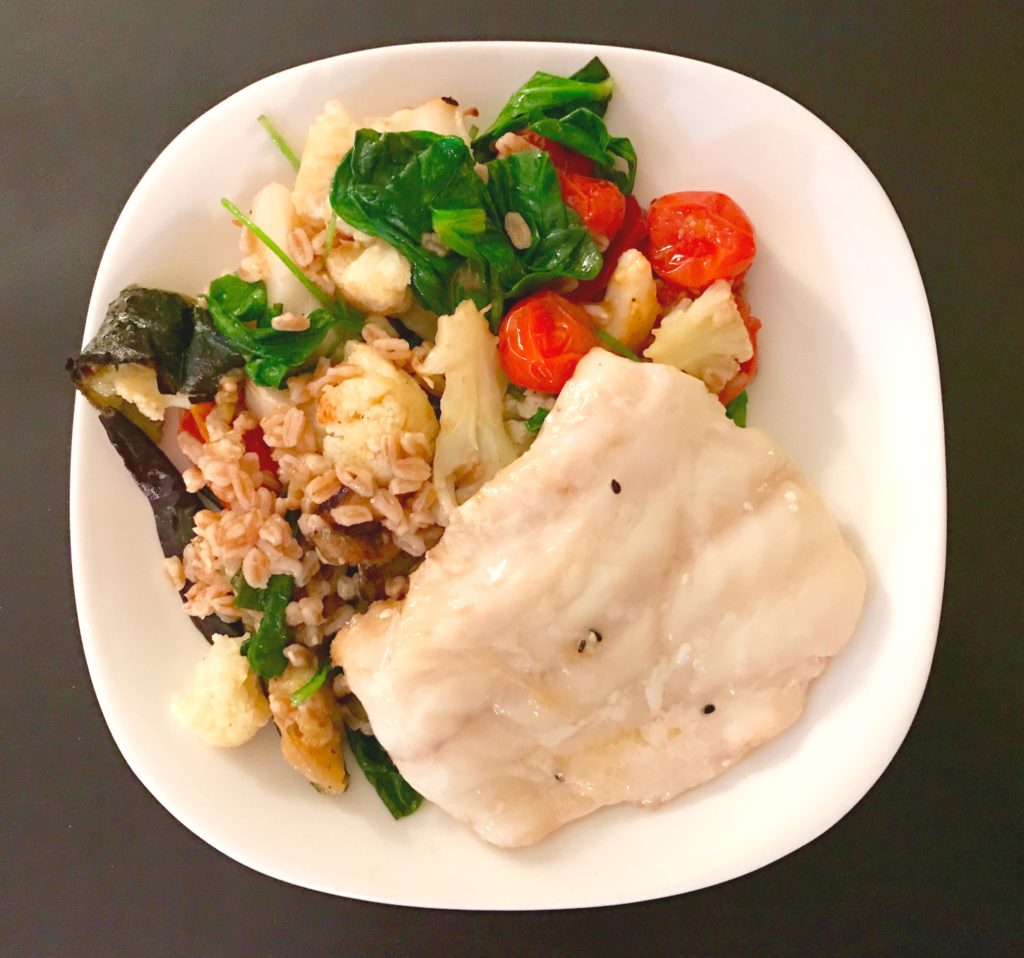 I kept it simple here by creating a recipe that serves one, but you can easily scale this up to feed a crowd. 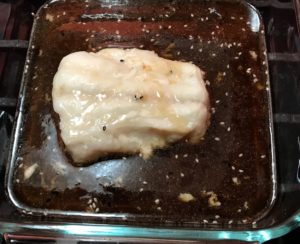 To serve, plate fish alongside your favorite vegetables and starch.

Disclosure: I received a free sample of Kikkoman soy sauce mentioned in this post. By posting this recipe I am entering a recipe contest sponsored by Kikkoman and am eligible to win prizes associated with the contest. I was not compensated for my time.”