Have you ever wondered what it would be like to quit your job and move to Hawaii to teach yoga? Meet, Valerie, who did just that! Today she’s sharing her story! I met Valerie back in 2013 when we were both on the cusp of really big changes, and it’s been awesome to keep in touch and hear about her journey. I am so excited to share this with you guys today. 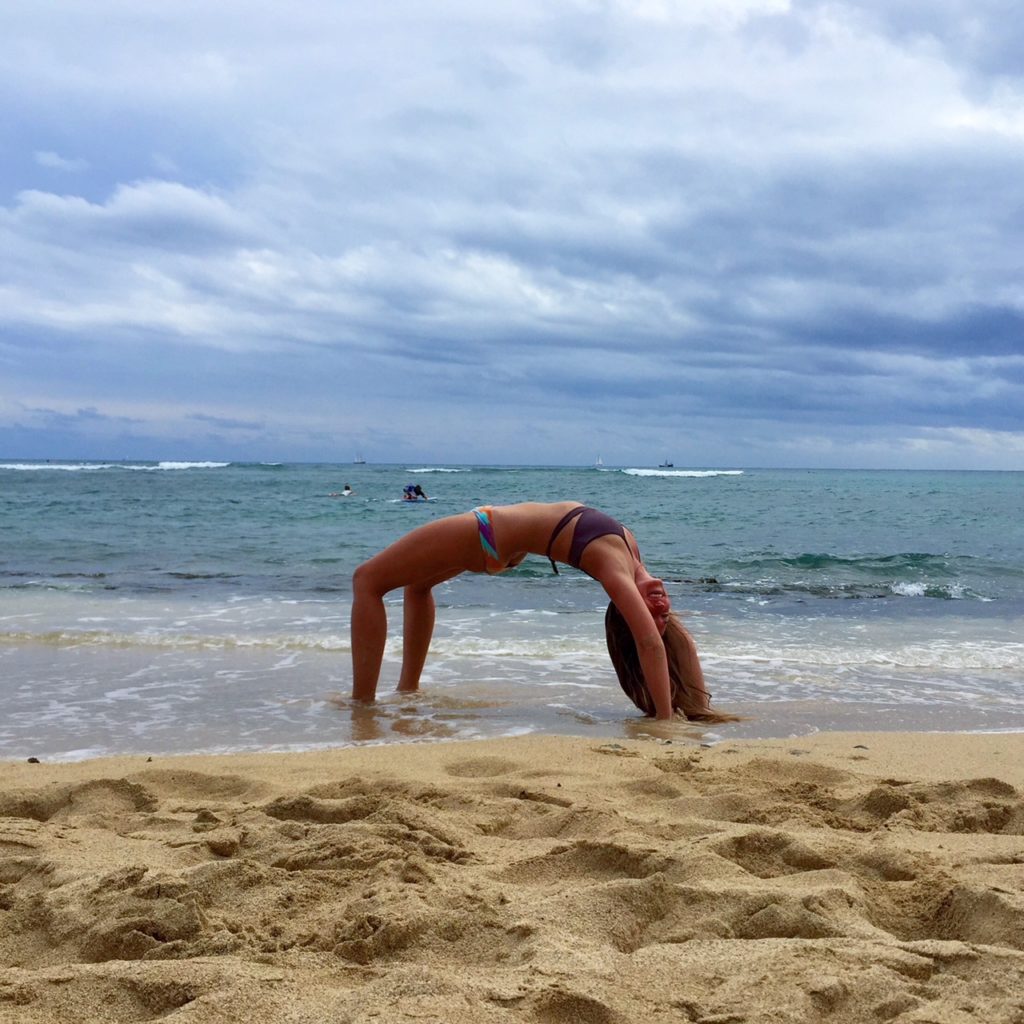 When I tell people I’ve just met that in 2014 I quit my public relations job on Madison Avenue in New York City to move to Hawai’i and teach yoga, usually they gape. Sometimes they seem to be judging me silently, but it’s also pretty common for people to respond with something along the lines of, “Lucky! That sounds like the dream… I wish I could do that.” To which I want to say:

2) It’s not all sunshine, despite how it might sound.

Well, it is mostly literal sunshine. But what I mean is: I was absolutely terrified when I quit my job. This was the professional job I’d gotten an undergraduate degree in Management and Business for. The one with the 401K. The one that had just given me a $10,000 raise. OF COURSE I WAS TERRIFIED. Trust me, the decision wasn’t easy. But despite all the benefits of a busy 9 to 5 job (actually 8 to 7 in practice) I was very unhappy. It wasn’t just that I was unhappy; it was simply not the right fit. More than that, it was something I was good at, but not something I believed in. I knew that I needed to make a change. Being passionate about food and a healthy lifestyle, I took some online nutrition courses at night after work, and thought about going for my RD (which is how Jess and I originally got to talking :)).

However, I would have had to go back and take so many prerequisites, before even going for my masters in nutrition, that college counselors advised I go for a second undergraduate degree, instead. That sounded daunting, not to mention expensive. Plus, I did not have enough money saved up to stop working for four years.

Then, my best friend from college told me she’d signed up for an intensive yoga teacher training. She had been the person to introduce me to yoga originally, three years previously. Since then, I’d steadily become more committed and interested in it. I would spend my days in the office browsing nutrition blogs and looking up various asana in between work tasks. Then I would drop in to a yoga class on my way home from work. It became a crucial part of my day, helping me to release stress before going home.

As soon as my friend offered me a place to stay with her if I wanted to take the yoga teacher training, I submitted my application. A few weeks later I quit my job (I was excited to move on, but it was so scary to take this huge risk that I cried). With only a few thousand dollars in savings, I moved to Connecticut for the summer. I still remember crying as I drove out of New York City; and this was despite the fact that I hated living in New York! When we feel stuck in a routine, or a boring or bad-fit job, and are dreaming of doing something else, something more exciting, it can be easy to forget how damn difficult transitions are, even if they’re welcome.

Yoga teacher training was exhausting, illuminating, grueling, frustrating, and fantastic. When it was over, my boyfriend came to pick me up from my friend’s house, and we drove (for two weeks) across the country to Seattle, where we put my car on a ship and flew to my hometown, Hawai’i. We had no jobs, no prospects, and no place to live. We lived in my mother’s house for almost a year (that was its own extreme challenge after not even having visited home in over two years).

Luckily, after just two weeks, I got a job teaching yoga at a local studio, and my boyfriend got a job in the area he was interested in. It was remarkably quick and easy. It felt good, like we were in the right place at the right time. So from the outside, it probably looked easy.

But here’s the downside that doesn’t get shared on Instagram, or when people hear that I’m a yoga teacher in Hawai’i: this state has a notoriously high cost of living, and has been dubbed one of the worst places to make a living. Of course, I knew this going in, as I grew up here. But when I started out teaching yoga, I didn’t know it’d be this bad: I was paid $15 per 75-minute class, and that was before taxes! My car had cost $75 to register for two years in New York City; in Honolulu, it cost $375 for one year. Unfortunately, in the almost four years that I’ve been back living here, the disparity between cost of living and earning potential has only gotten worse. 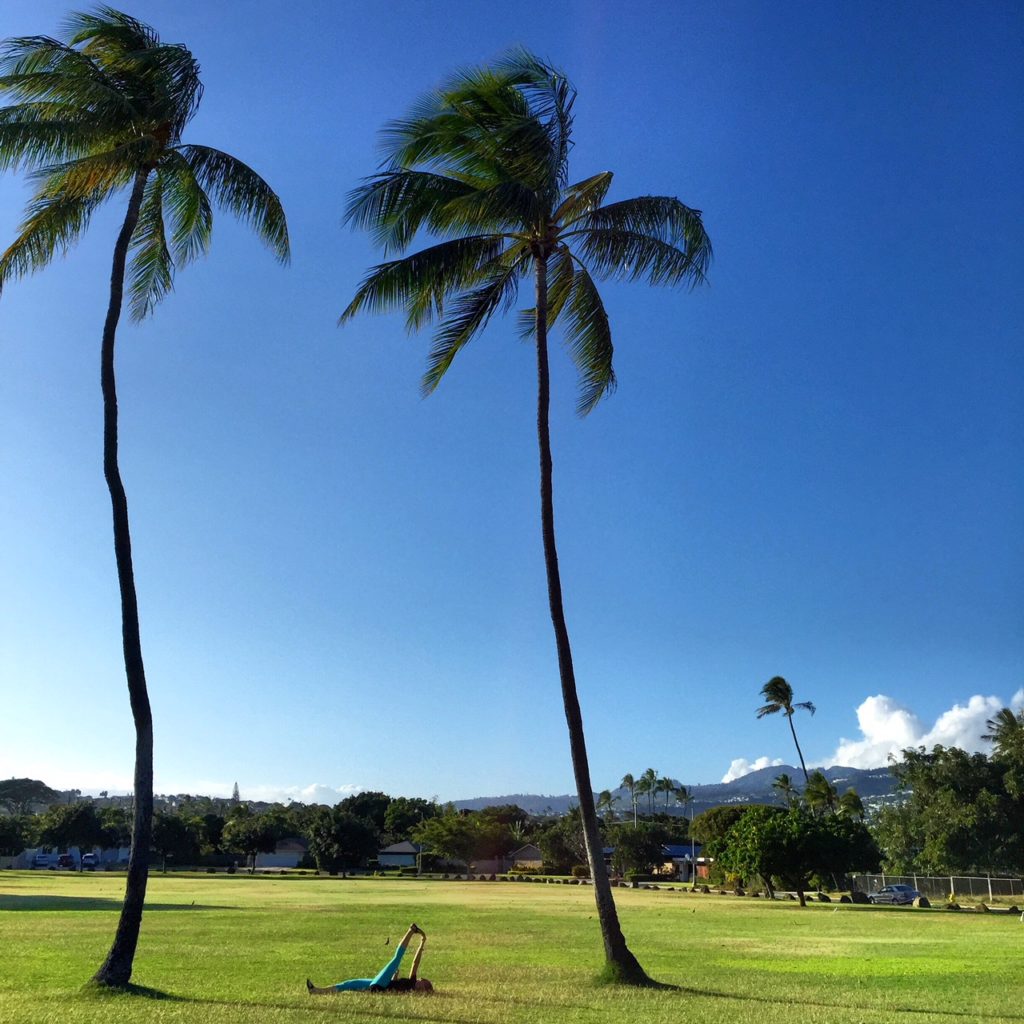 But not all was dismal. Two years after I taught my first real yoga class, I was teaching at least ten classes per week and about to apply to graduate school. I was offered the manager position at the first studio I’d ever taught at (turns out my Management and Business degree was still useful, after all). And while I continued to take online nutrition courses for fun and personal interest, I still haven’t done anything official with it. As a yoga teacher, people come to me for advice on all sorts of healthy-lifestyle related issues. I’ve had people ask me how to cure their acne, where to find good vegan food, and what to do for menstrual cramps. Often I refer them to a professional, but sometimes my yoga and/or nutrition knowledge and training come in handy.

I’m proud of what I’ve accomplished, but the truth is, anyone could do what I did. Anyone could save up even just a small amount of money and move to Hawai’i. But it’s going to be difficult if you’re not already or independently wealthy. Yes, I get to be warm year-round (which I love) and take yoga selfies on the beach and go hiking in my free time. I get to eat acai bowls daily and go swimming in warm ocean water, and there is no shortage of yoga students on Oahu (the island I live on). But after three years making a living teaching yoga, I decided to find a “real” job. I was tired of working 50-hour weeks (between teaching, managing the studio, doing my own marketing and outreach and finances, forging partnerships, etc.) and making about $25,000/year. Eventually I was able to make between $30 (in studios) and $100 (privates) per class, but even so, and with a full schedule, the earnings were meager.

If someone were to ask me if I have regrets, I would say no. Earning less than half of what I did in New York is totally worth it since now I have been able to learn how to do something totally new, and I get to feel like my work is important and helpful to the world at large. While I hope to soon find a full time, 9-5 [probably office] job again next year, I now know that it’s important to me to do work that is meaningful (even if it’s also sometimes dull).

So, like I said: if you want to move to Hawai’i and be a yoga teacher, be warned. You will work very hard, and make very little money. But you will also get to move your body daily, help people improve their lives or even overcome trauma, and enjoy living on a tropical island. If you want to do it, you absolutely can. Life is all about tradeoffs, and this is no exception. If this is what you want, you should go for it. I believe in you! 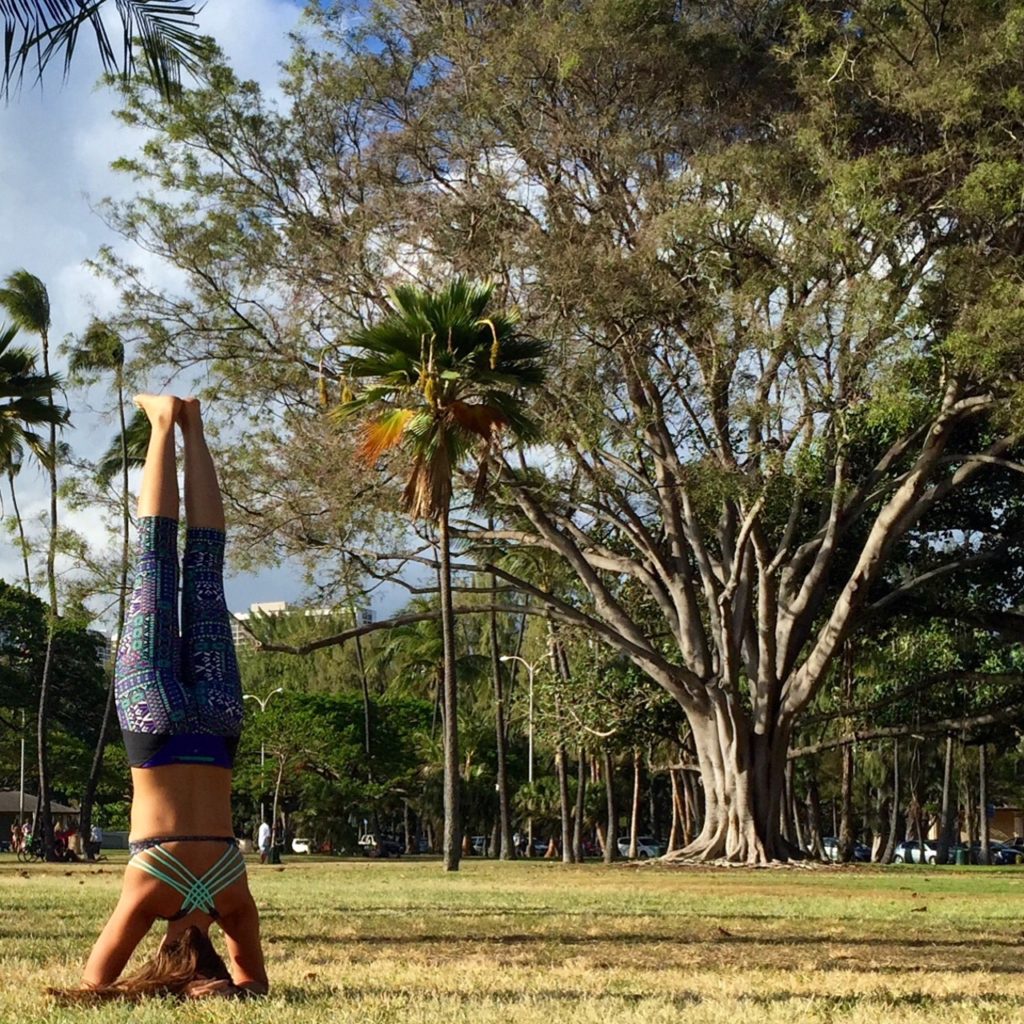 Valerie is a RYT 200 yoga teacher from Honolulu, and am currently studying for her masters in Library & Information at the University of Hawai’i.