Welcome to the first Music Monday! Given the amount of time I spent chattering about music on this blog, it was only a matter of time before it became a regular feature. Every month, I’ll be bringing you a different artist talking about how they stay healthy on the road. This series is part of a larger project I am working on in conjunction with the nonprofit, WhyHunger, which works to fight hunger and poverty by connecting people to nutritious, affordable food and by supporting grassroots solutions that inspire self-reliance and community empowerment. If you have the time, take a look at their site, and please feel free to share this with your social networks, especially with you music-loving friends!

To kick things off, I have Jason Hamlin, a Michigan-based guitarist and vocalist. So, without further ado… 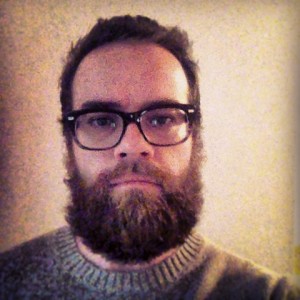 “It’s not for the weak, that’s for sure…and it’s never just for a week. Pun intended.” He speaks from experience. As part of the group Scratch Track, Jason Hamlin routinely spent 8-10 months of the past 10 years touring the U.S.

When it comes to healthy eating, he’s certainly learned some tricks along the way. “You obviously can’t always find organic, local food or a store like Whole Foods, but you keep your eyes open for short cuts or at least for better choices, even if it isn’t exactly what you would eat at home.” 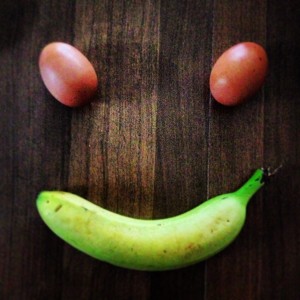 “Unfortunately,” he says,  “gas stations and convenience stores have to become your friend. I always look for protein bars, fruit, boiled eggs, veggies, protein shakes, and almonds.” He adds, “If I have to, I’ll just grab sunflower seeds. Sometimes I just drink more water and look for a Subway.” Hamlin finds the sandwich chain is usually a safe bet, since it’s easy to customize a sub by adding lots of veggies and nixing cheese, mayo, and sugary, salty, high-fat sauces.

When asked if he’s ever had an “a-ha” moment, Hamlin laughs, “Maybe when a former manager called me FAT! I’ve yo-yoed a few times. Between late-night meals and adult beverages, I usually put back on whatever I lose. In 2005 I lost 40 lbs, but started drinking heavy again, and it came back. In 2007 I lost another 30—beer and whiskey and gin put it back on. In 2011 I lost 40 lbs, put 15 back on…”

He explains, “Whenever you travel, each and every night can be a party. You show up in St. Louis and people haven’t seen you for a few months, so ‘shots, shots, shots!’ Then you get to Nashville, same story. It’s not easy to keep the weight off unless you just don’t go out. I love beer—Not a great weight loss program.”

He does, however, have a few tried-and-true hangover cures up his sleeve. “What helps me these days: B vitamins before I start drinking, while I’m drinking, and after I’m done drinking. Also, having a glass of water with each drink.”

Hamlin went to a holistic medicine doctor a few years ago. “She opened my eyes to so many things. Financially I just couldn’t keep up with everything she said my body is deficient in, but I’ve been working on each thing one at a time: adrenals, energy, lymphs, depression…It’s amazing what I’ve learned from her.”

His bandmate DJ’s mom has also been a huge inspiration. “I see how awesome her attitude is and how health has impacted her life and her family’s—especially with hydration. Such a small thing with enormous benefits!” 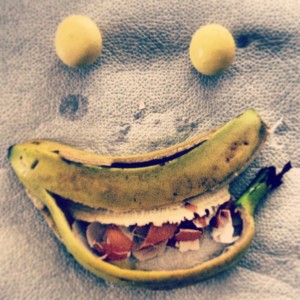 If you or anyone you know would like to be featured on Music Monday, get at me! KeepingItRealFood(at)gmail(dot)com