As I mentioned in an earlier post, my sister got married a few weekends ago. It was a whirlwind of activity but remarkably the least stressful wedding I’ve ever been to, despite the fact that I was in it (and maid of honor with a speech to give, no less). There wasn’t a ton of time to snap good photos, but here are some highlights from the weekend, so that’s what I’ve got for this week’s “What I Ate Wednesday” post.

It was a fun weekend, but I think Eli had the most fun of all, since there were so many people for him to play with! Here he is “helping” my sister get ready. 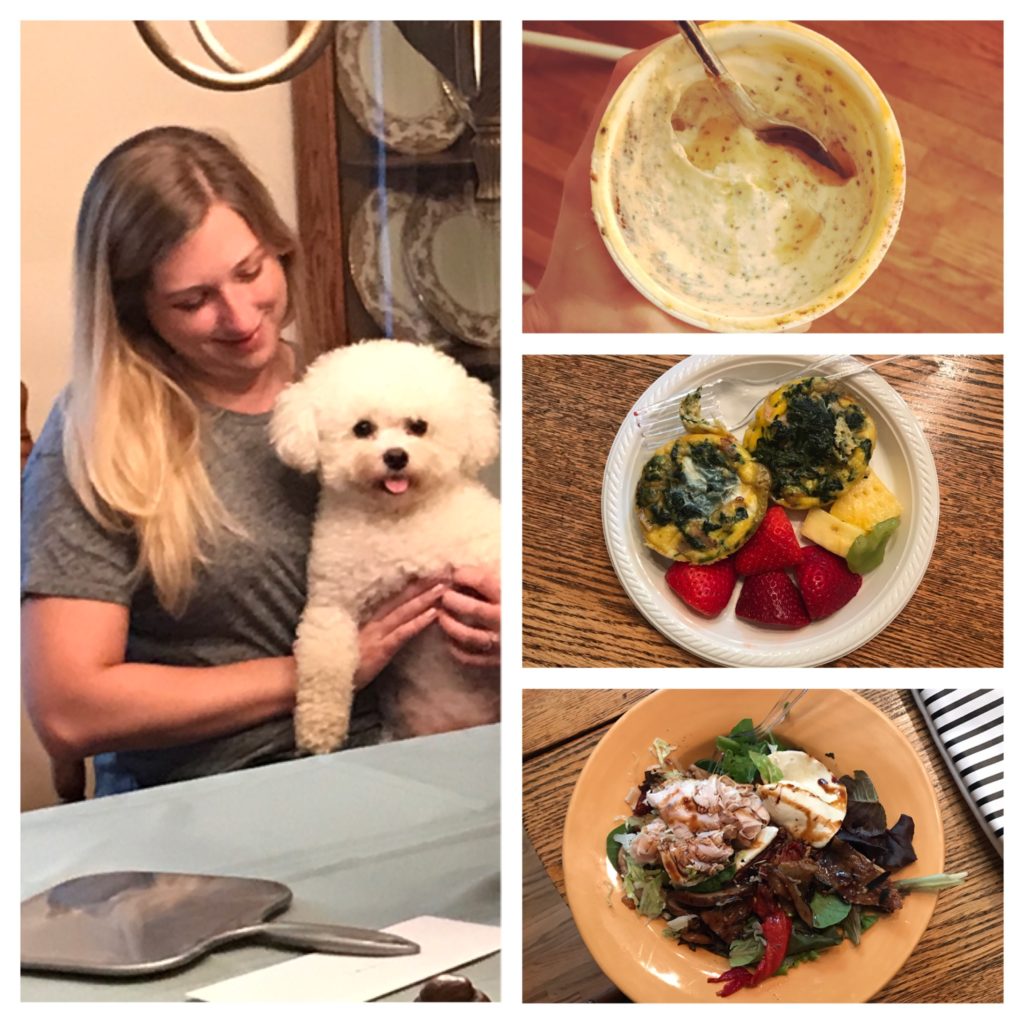 Because it was an all-weekend affair, I went out to my family’s house on that Thursday night. Friday started off with some errands and a yoga break, and then salon time (nails and blow-outs) before the rehearsal dinner.

I didn’t get a picture, but Friday morning breakfast was eggs and leftover veggies. Lunch was a quickly thrown together bowl of spinach, chickpeas, and cauliflower with tahini on top.

Snacks through the day: turkey jerky and later, yogurt with chia seeds, prosecco at the salon

The rehearsal dinner was at a local restaurant. Here’s what I enjoyed: a few olives, a bourbon, a glass of champagne, octopus carpaccio over arugula to start… 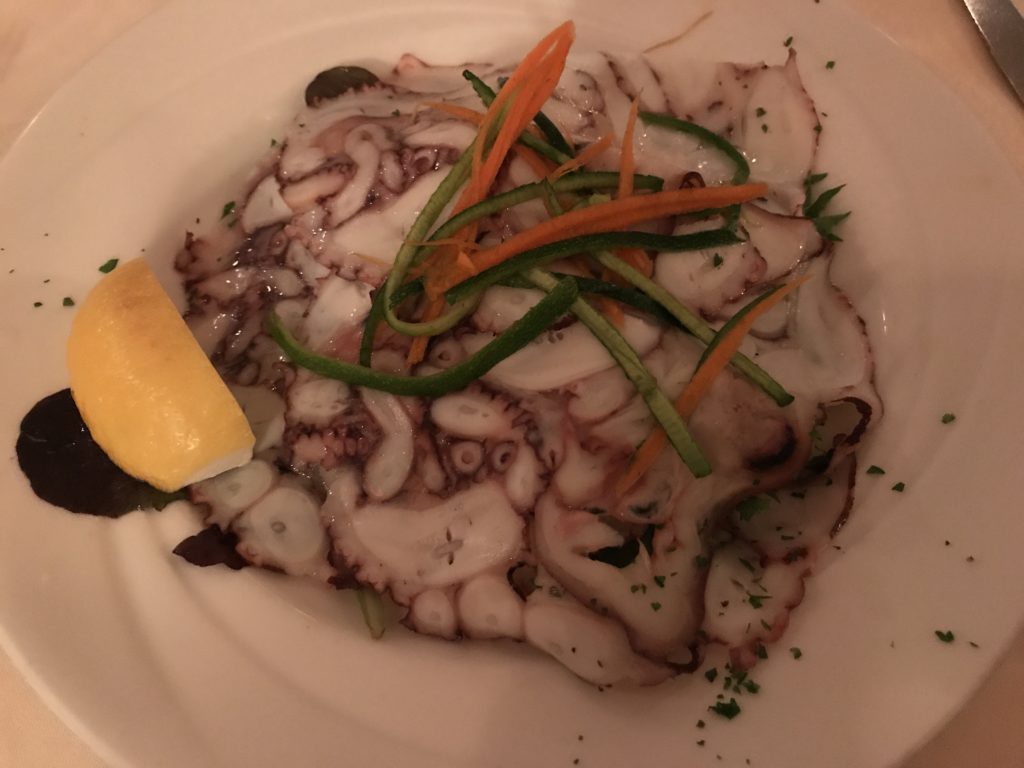 and then salmon and veggies. For dessert I had berries with whipped cream. 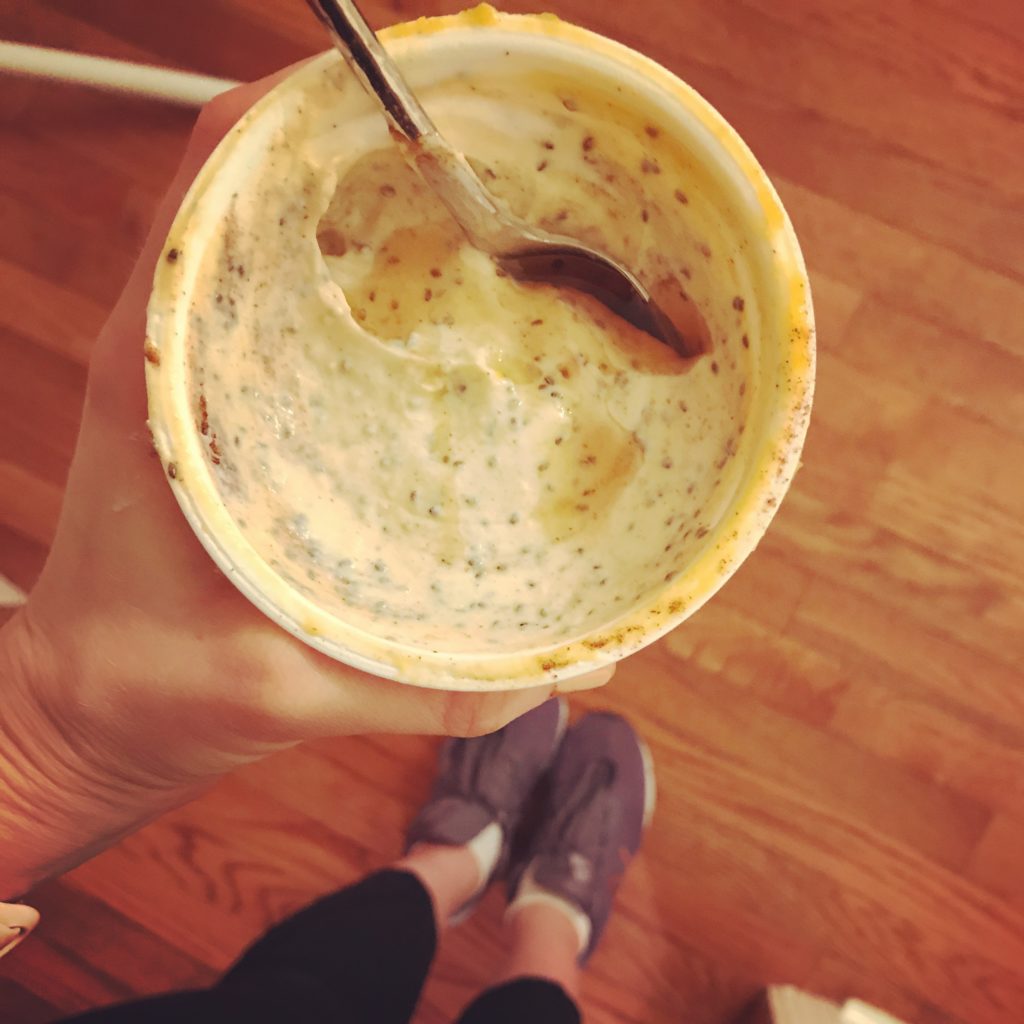 Saturday lunch: two mini-frittatas (recipe coming) and fruit; later I had some veggies and turkey from a wrap sandwich over greens;  prosecco during the day and lots of black coffee and water

Saturday snack: another yogurt with chia seeds before

At the wedding: champagne during cocktail hour, bourbon later, tomato & mozzarella salad, filet mignon & asparagus. Wedding steak is hit or miss, but this was legit and totally worth blowing my special-ocassion red meat budget on. 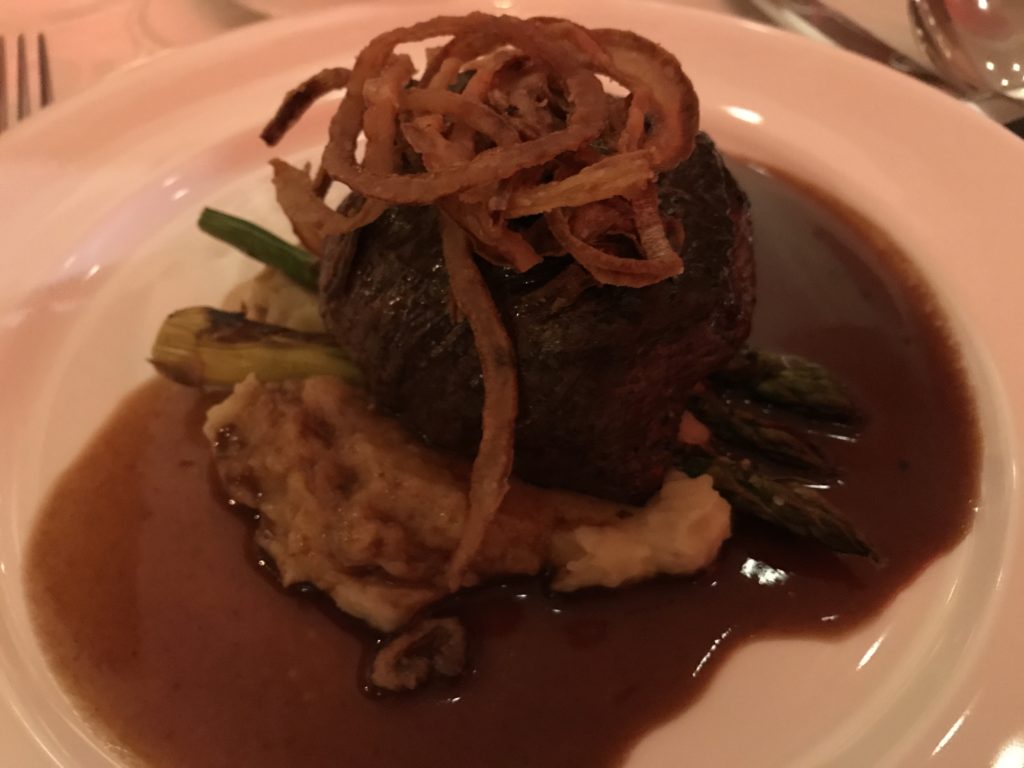 Later, I had a bite of cake and a gummy shark from the candy display.

Bedtime snack: another mini-frittata and a cup of tea

The next day was wedding brunch. I had some yogurt with chia seeds to start my day to start off on an even keel and then, during the day, I enjoyed some salad, smoked salmon, and lots of veggies, hummus, and fruit. And coffee! So. Much. Coffee.

It was so special to celebrate my sister’s marriage around people we care about. It’s so crazy how you spend all this time getting ready for something and then it’s just one weekend, but it’s nice to be able to take that time and celebrate stuff.

What was the last wedding you went to?