What I Ate Wednesday # 261: Whiskey and Popcorn

How’s your week going? I’m gearing up for a long-weekend girls’ trip, so I’m trying to clear as much off my desk as possible so I don’t have to get on the plane with a giant to-do list.

Speaking of to-do lists, here’s something to do today: you still have until midnight tonight to enter my Larabar giveaway. A winner will be announced tomorrow morning! 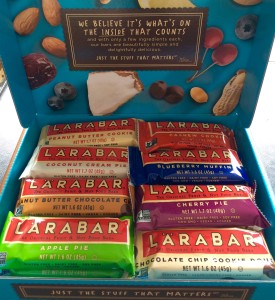 I try really hard not to glorify being busy. I don’t know if it’s a New York thing or an everywhere thing, but it can be really easy to fill your schedule to the brim. As someone who balances clinical with freelance and private consulting work, if I’m not actively working, then I’m out there networking, pitching, or scoping out new opportunities. It feeds my brain, but I do have to remind myself to schedule in breaks and restorative introvert “me” time. Don’t even get me started on finding—or making—time for dating. That’s a blog post for another time—always a good story, if nothing else.

One of the things I love about New York is that everyone is here to do something—follow some kind of dream or turn a passion into their career. This can make it hard to coordinate schedules, but as a cynical optimist who knows the difference between workaholism and working hard at what you love, I like to believe that we eventually find a balance with another person that allows things to click into place. And besides, you can always take yourself out for coffee when someone texts you to say “Oh crap, I overslept and can’t make our coffee date” and you just kind of know if your bones you’re never going to hear from them again and that it is probably for the best.

I thought that for this week’s What I Ate Wednesday, it would be fun to highlight an awesome networking/social event I went to recently. Dolls of the City, in partnership with Women Who Whiskey, hosted an awesome whiskey and popcorn pairing (brilliant) at Back Label Wine Merchants in Chelsea (love that place). It was so fun to meet some new people, catch up with an old favorites, and try some cool whiskeys.

Of course, because someone who is 4’11” should not (and honestly, cannot) drink on an empty stomach, there was plenty of food involved earlier in the day. Let’s have a look:

Breakfast: I was on a major savory oatmeal kick last week. My mushroom tooth was back in action. 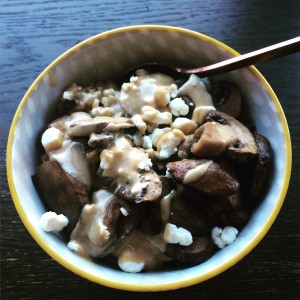 Lunch: I got home late from a corporate wellness event, so I made a big salad consisting of what I had left in the fridge. It looked a lot like this one. 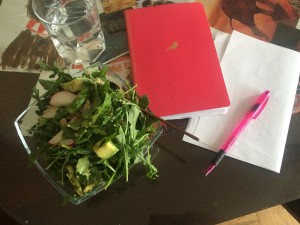 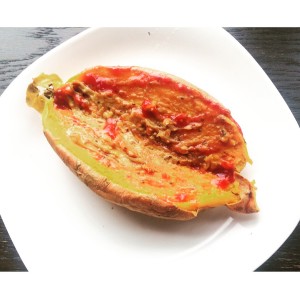 Dinner: A bowl of lentil and veggie soup I found in the freezer.

At the whiskey tasting event, I had a piece of cheese (sheep pecorino) and tasted each of the whiskeys and popcorns (all from Pop Karma on the Lower East Side). My favorite popcorns were the truffle and the miso-seaweed (“Kyoto mix”) flavors. 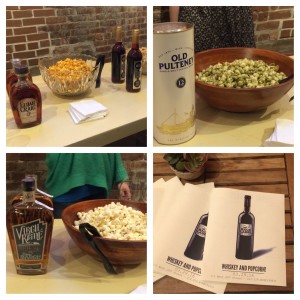 My favorite whiskey was Mr. Katz’s Rock & Rye whiskey made by Brooklyn’s New York Distilling Company. I was not expecting to like it so much because sweetness usually turns me off, but the combo of rock candy sugar, sour cherry, cinnamon, and citrus hit all the right “weird is good” notes. I mostly had little tastes of each of the five whiskeys, but I finished my pour of this one. I even bought a bottle on my way out. I think this is going to be my drink of choice this spring—all you need is a little ice to open it up (if you like) and you’re golden.

Here’s a list with descriptions of what we sampled: 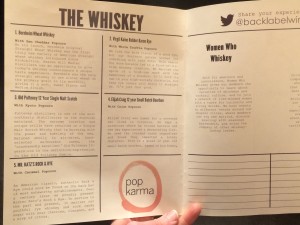 Snack: When I got home, I was (not surprisingly) really hungry, so I had some plain yogurt with cinnamon and a sliced banana before crawling into bed.

Do you like going to food and beverage tastings?  Would you ever want to read any dating-themed posts on here?