What I Ate Wednesday, we meet again. After a few posts about things I ate while traveling, how about for this installment, I share some of what I ate this past weekend, when I stayed local? Saturday was nice and relaxing. I think it may have even been the first time in recent memory I woke up with 8 solid hours of sleep behind me.

After a leisurely 45 minutes on the elliptical machine at the gym (I’m currently reading The Shining because I had no excuse not to have read it by now), I made a smoothie for breakfast and topped it with some chia seeds and a tablespoon of oats. 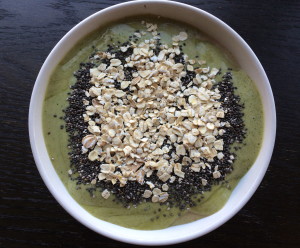 I spent the rest of the morning writing until it was time to get ready to go to a Women Who Brunch event at The Chester in Midtown. I had a great time! It’s always such a treat to hear the speakers and meet other local ladies. We ended up having a lively discussion about the different perks and challenges of being a woman in the workplace. We also talked a lot about social media, and the way we all sort of “curate,” the inevitable disconnect between what we see online and what the reality is. It was so refreshing to know I’m not the only one who has some of the thoughts I do or who wrestles with the same everyday stuff!

Oh, and about the food. We shared a round of flatbreads for the table and I ordered the short rib hash as my main. Though I ate both the eggs, I got full less than halfway into this. I ended up taking the rest home (and ate short rib for dinner the next two days– got my monthly red meat fix covered). I also had half a glass of champagne. 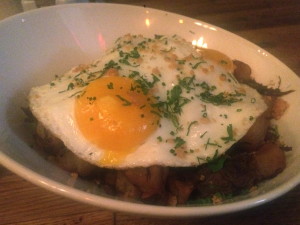 I knew I had a late night ahead celebrating a friend’s birthday, so when I got home, I took a nap for an hour. I could have slept longer but didn’t want to throw off my sleep cycle too too much.

I woke up starving, predictably, so 2% Greek yogurt with 1 tbsp each coconut flour and cocoa powder it was. I added a cup of fresh berries. I spent the rest of the afternoon writing, researching, and cleaning while listening to music with the windows open. It was lovely. 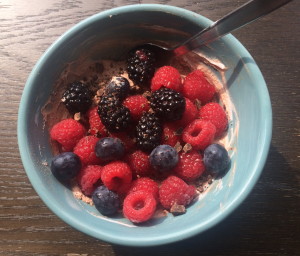 Around 7, I had to make a phone call I’d been putting off, so I took a walk around the neighborhood. For some reason, walking makes uncomfortable conversations less intimidating for me. Totally helped. It was so beautiful outside, I stayed out much longer than intended after hanging up the phone, so dinner had to be quick before hopping in the shower: love salad for dinner in the hot weather. This had arugula & baby kale, chicken, avocado, yellow split peas, hemp seeds, and some roasted veggies. For dressing I just threw in some white balsamic because I was too lazy/pressed for time to whip anything up. 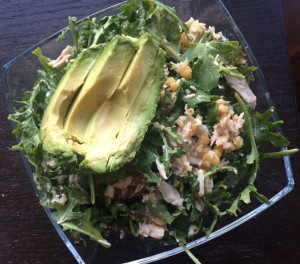 The birthday celebration was at the Flatiron Room, a whiskey bar I’d been to once or twice before. I forgot how much I love that place. 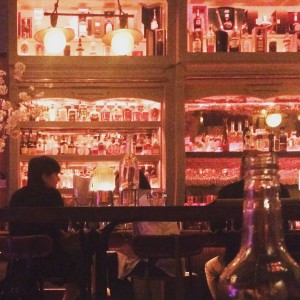 The waiter totally assumed I was a “beginner” because I’m a girl and made some suggestions I ended up not taking because I didn’t want something “easy” or “light,” and was very happy with my choice. I had to work the next day, so I stuck to just one bourbon (despite really wanting to do a whiskey flight) and had plenty of water. 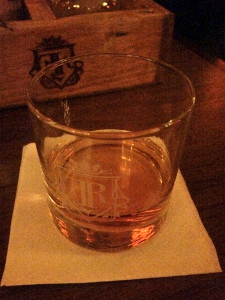 I was a little hungry when I got home, so I had a banana with some non-fat ricotta and added a sprinkle of cereal on top. It took me forever to fall asleep, but that was fortunately because my brain was running on at full speed. Eventually, I drifted off, though. 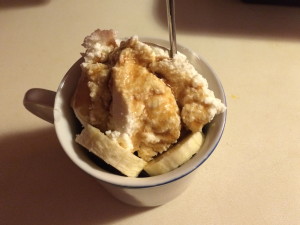 What was the best thing you ate over the past weekend?
To see more WIAW from other bloggers, visit today’s host, Clean Eats Fast Feets or check out founder Jenn’s blog Peas & Crayons.