Happy What I Ate Wednesday. We’re now a whole week into 2015, and I’d like to give a special birthday shout-out to my mom! Among other things, she taught me to be kind and to work hard. I am also in awe of her endless patience. 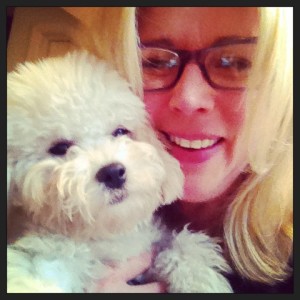 Though I would love to be able to do a WIAW post of all recipes my mom taught me, it would be hard to do that because she taught me almost all of my cookings “skills,” if you can call them that. She also passed down her culinary curiosity and willingness to try pretty much anything once.

Here’s a look at what I ate the first day this new year.

But first, just want to share this delicious dinner I made Wednesday night before going out. 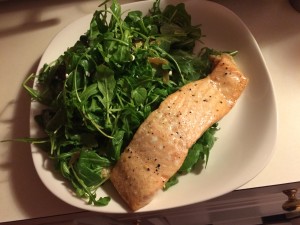 I also had some toast with hummus and roasted eggplant on it to balance it out and give me energy to get through a potentially long night. The night didn’t end up being particularly long, but it was still enjoyable. I went to my friends’ apartment and then we went to a club, which was quite the cultural experience. I think it was the first time I’ve ever felt “old.” What is it like to be a 25-year-old dude who thinks it’s perfectly acceptable to straddle strange ladies in a public place? Does the brain go, “Oh, that girl looks non-threatening. Why don’t I go rub up against her while I’m putting my drink down on that ledge?”

Needless to say, I did not make it until midnight. Rather than try to navigate the crushing sea of Hammaconda-wanna-bes come midnight, I caught a cab home around 11 and greeted 2015 in my PJs in front of TV, drinking a cup of golden milk. It was totally the right choice. I got to dress up and see my friends and go out but I also got to have my relaxing night in and not worry about how the f*** I was going to get home after midnight. Win-win.

I like to think that New Year’s Day sets the tone for the rest of the year, so I always try to make healthful food choices. I also always make lentil soup and try to eat eggs—all symbolic for fortune and prosperity in the coming year. Maybe I should have casted a love/better sex spell while I was at it. Ah, well. Part of being a Sagittarius means being an incurable optimist despite the most spectacular of bad luck.

Anyway, I’m getting way far away from the “why” of this post, which is what I ate on the first day of 2015. 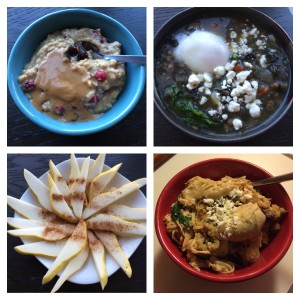 Lentils twice in one day—whoops! It happens.