1.) The other day I overheard a patient say, “I just need a pina colada—something to help me sleep at night!” The person they were talking with suggested a hot toddy.

Though I like the concept of a hot toddy, in practice, it doesn’t work so well—the alcohol may put you to sleep quickly, but it’s usually a fitful sleep full of disruptions. You might even say that the relationship between alcohol and sleep is a tricky friends-with-benefits setup that doesn’t actually benefit the sleeper in the long run. Call me old fashioned, but I like real, secure sleep that leaves me feeling refreshed and energized rather than sheepish and shaky the next day. And still wanting more (sleep). Of course, were it not for a period in college where I had terrible insomnia winter and only slept once every three days, I might not appreciate an honest night’s sleep quite as much. We all learn things the way we learn them.

2.) When it comes to sleep aids, I like melatonin, which can be helpful in establishing a sleep cycle (as opposed to knocking you out). It’s actually the only hormone that can be sold without a prescription in the U.S., mainly because it’s present in some foods and can be considered a dietary supplement, weird as that sounds.  It’s generally considered safe with few documented side effects. However, I’ve noticed I have especially trippy dreams when I take it. Case in point: the other night, I dreamt about participating in an art class that took place in a hot tub. Everyone had to bring a bouquet of flowers, and I was really concerned about how much space my arrangement took up. We turned on music and painted along, though a lot of folks wrote with the paint. I can’t remember what I made, but the guy next to me wrote someone’s biography in black paint on a purple background.

3.) It snowed the other day. Holy hell. I had to bust out my down-filled people costume: 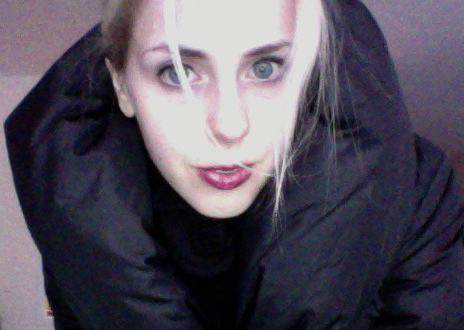 4.) Caramelized onions are my new favorite food—I could eat this by the bowlful. However, to avoid appearing conspicuous, I have instead been enjoying them in things like salad and stir-fry. Also amazing in omelets. 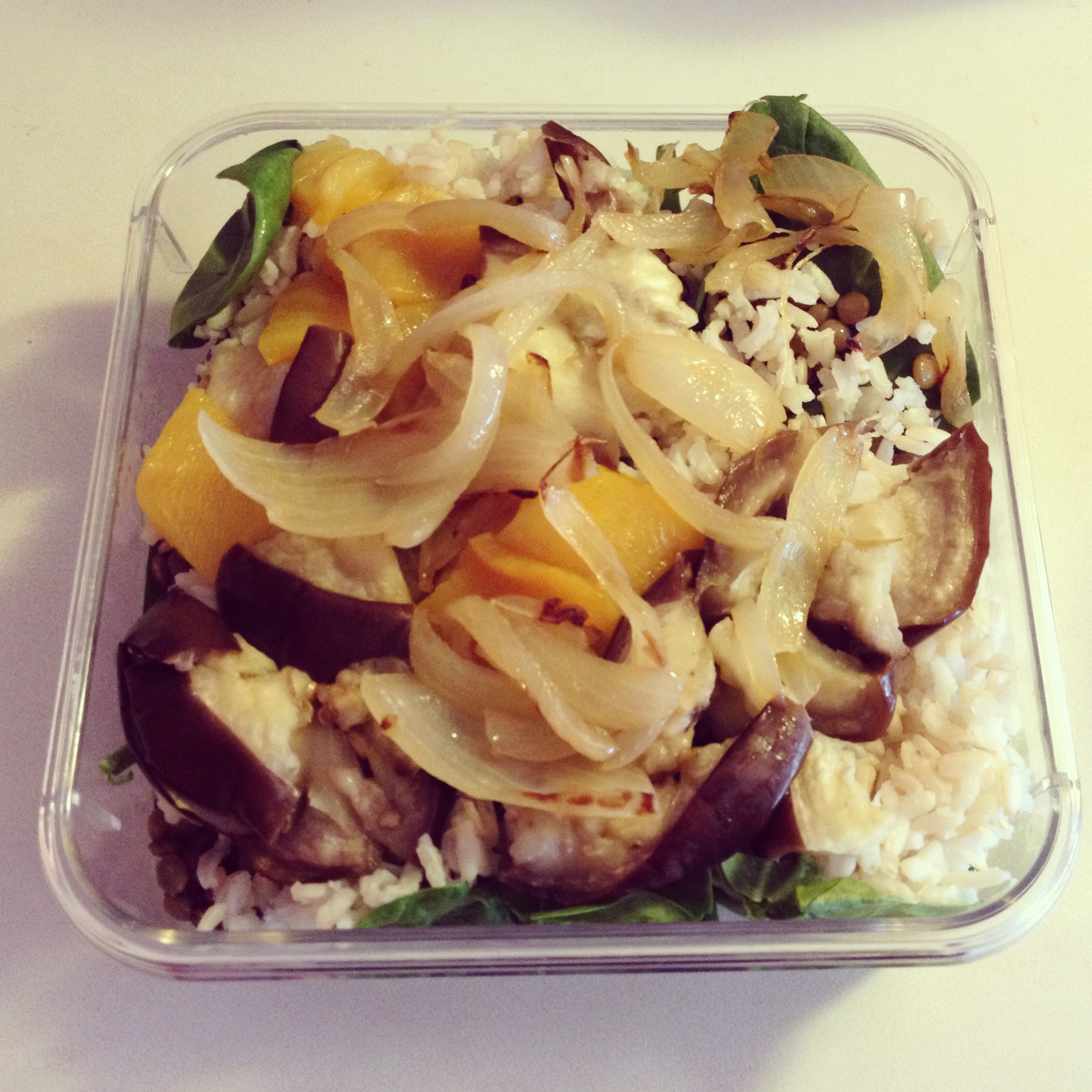 My favorite description of caramelization comes from Wikipedia, and actually makes it sound a lot like love: “Caramelization is a complex, poorly understood process that produces hundreds of chemical products.”

5.) Speaking of love, I need to stop listening to this song before my neighbors stage an intervention. Of note: You could probably create a drinking game around how many times a Lumineers song includes the line, “When we were young” or makes reference to being younger/getting older. Basically, you could just drink your way through the album. Not that you should. See #1 above.

What are your things for this Thursday? Do you have a favorite sleep aid? Caramelized onions—yay or nay? What song are you hooked on lately?