Good morning! It’s been a while since I’ve posted a list of random stuff so today’s the day. It’s been a hectic week so I’m going to play the Think Positive! game and share some things I’ve been loving lately. October is my favorite month, and a big part of that is the food.

I am so into pumpkin and kabocha squash lately. I don’t care how basic this makes me. Besides, I need all that beta-carotene to work that orange glow for my Donald Trump Halloween costume. Kidding! All those powerful antioxidants in winter squash like pumpkin are certainly helpful for combating fall colds. I was down for the count the first couple weeks in October so am attributing my craving in part to my immune system wanting some support!

Lately I’ve been stirring pumpkin puree into Greek yogurt with coconut flour, vanilla extract, and pumpkin pie spice for a snack that tastes like pumpkin cheesecake, and it’s been a delicious edition to smoothies, soups, and hummus. 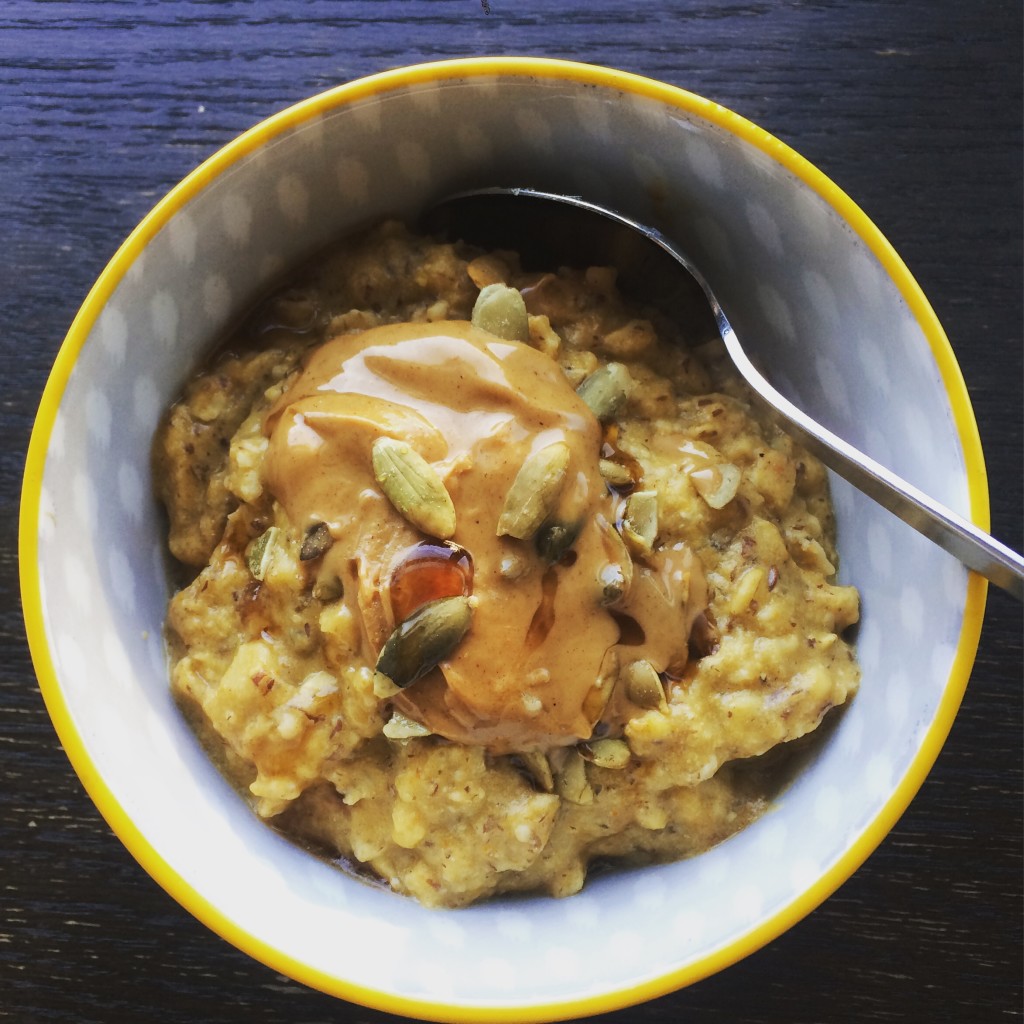 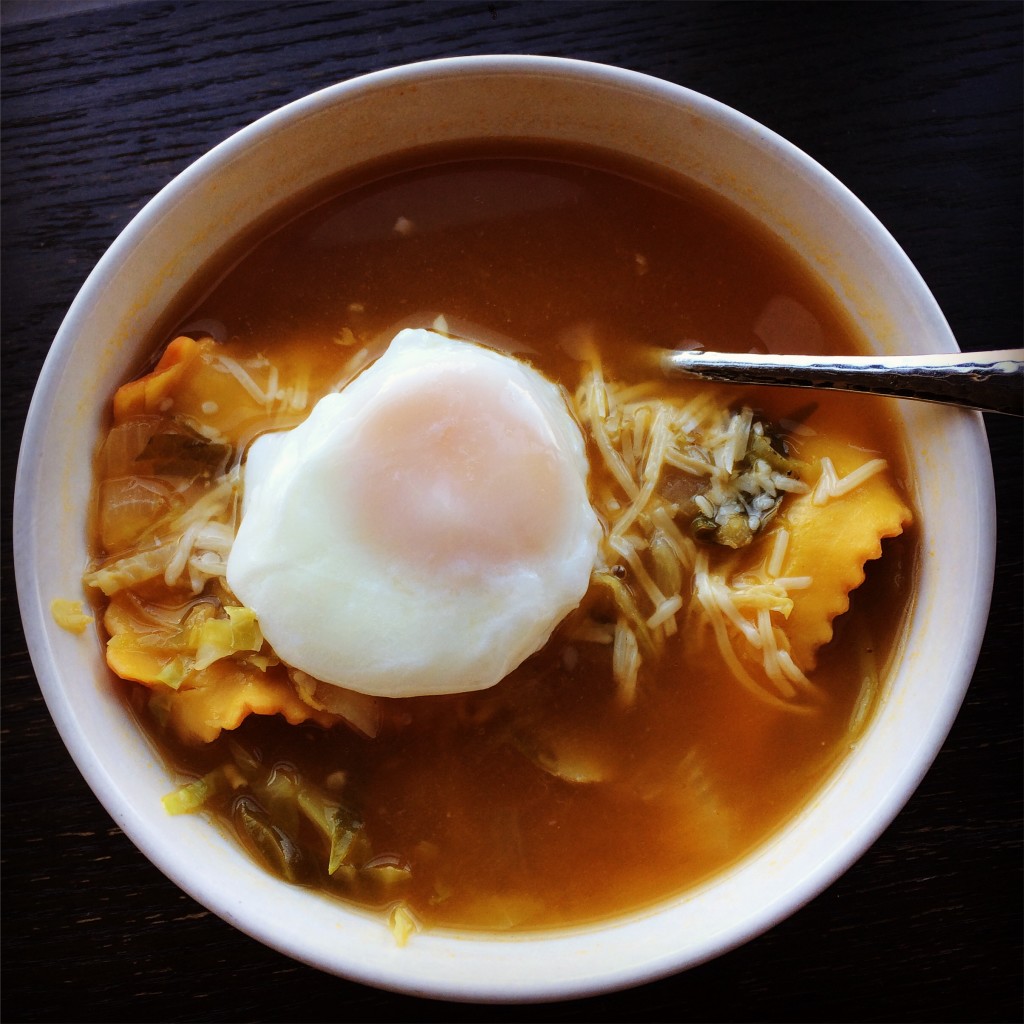 I have some more pumpkin recipes coming your way soon… 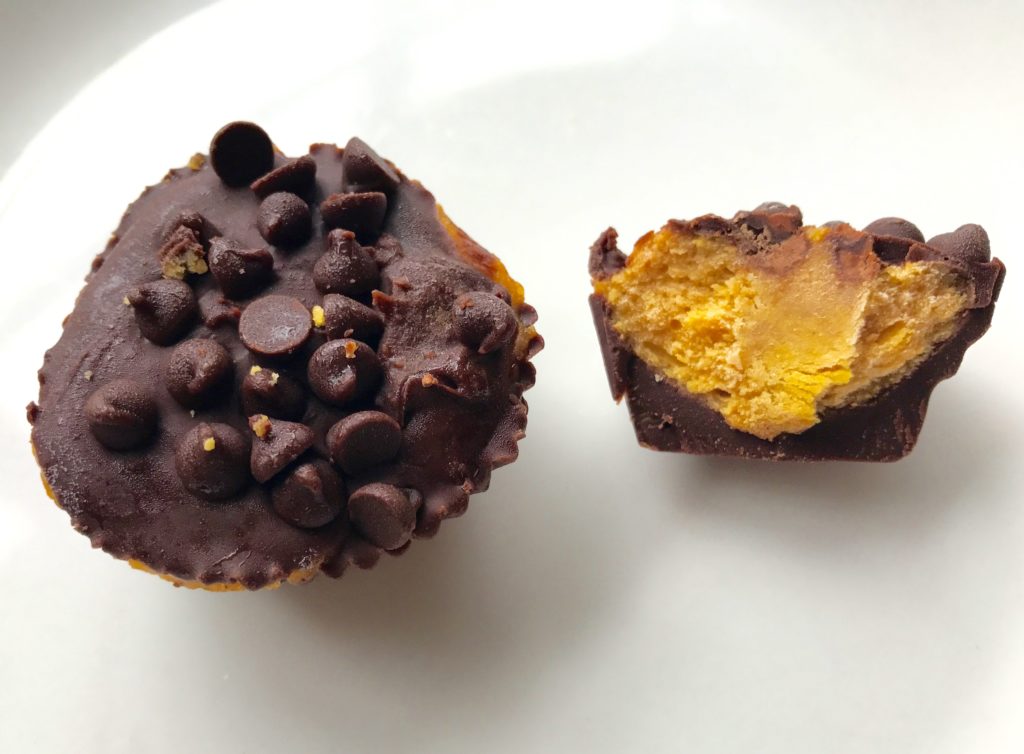 Because making room for all that freaking pumpkin means I need to dial down the other orange foods in my diet to avoid said Donald Trump tint…Purple on the outside but creamy white on the inside, Japenese yams are a delicious change of pace from the orange sweet potatoes that are my usual go-to. I LOVE these cut into wedges and roasted in coconut oil.

*Lately I’ve been relying a lot on frozen veggies to make meal prep and cooking easier because of having less time to spend in the kitchen.

I’ve found frozen Brussels sprouts come out great when you roast them in olive oil with sea salt and a touch of this bourbon maple syrup from Trader Joe’s. 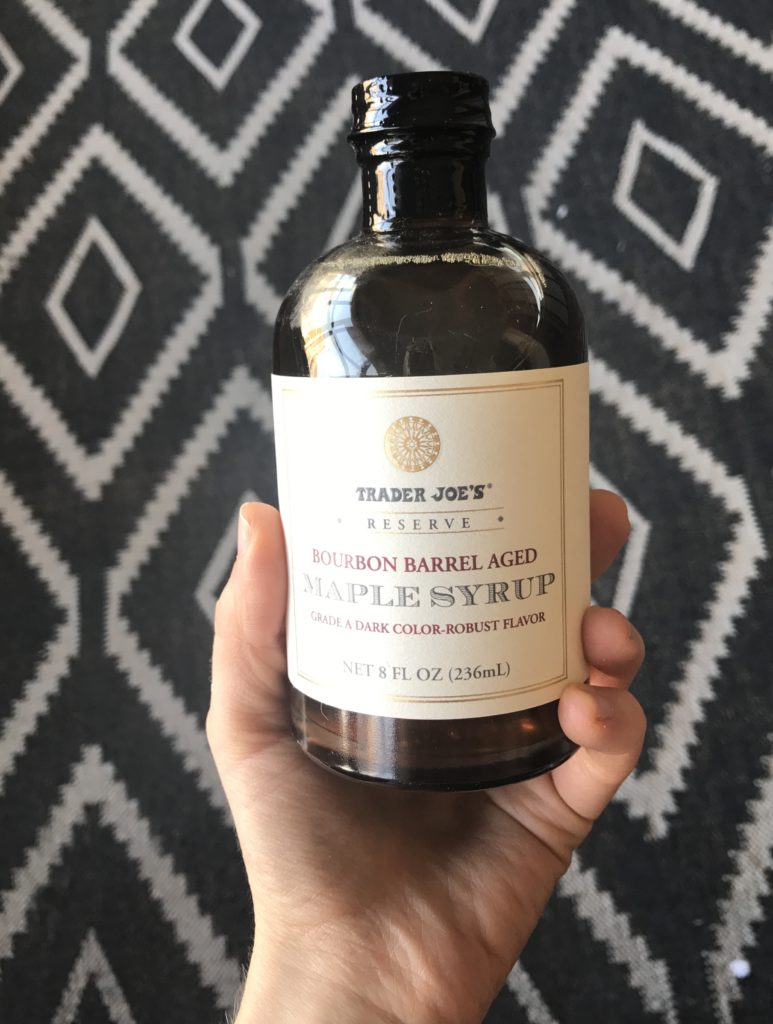 Just be sure to use a slightly higher heat and/or give them a little extra time. I’ve found 425 degrees F for 35-45 minutes to be the sweet spot for me but that depends on how crispy you like your Brussels. 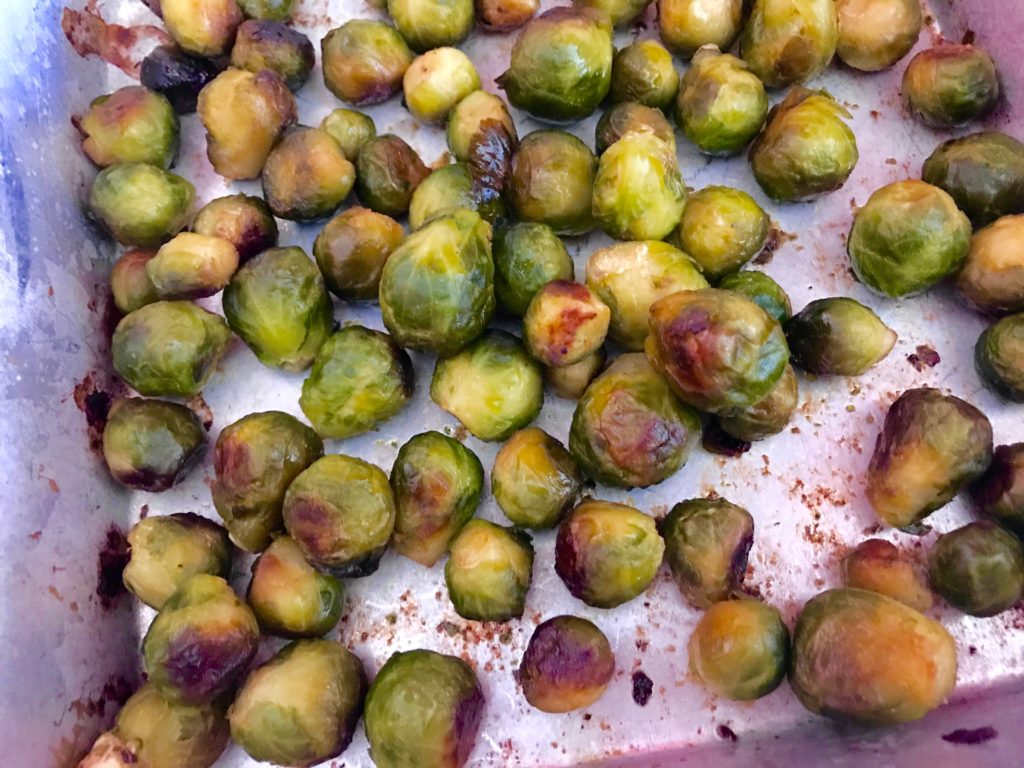 One of my favorite snacks/desserts lately has been cut up apple with cheese. I’ve been buying bags of small organic apples (gala is a fave right now) and instead of giant blocks of cheap cheese, I’ve been purchasing smaller amounts of higher-quality, flavorful cheese to keep cost and portions realistic. This is my kind of 150-calorie snack. A drizzle of balsamic glaze is also a nice touch if you’re so inclined. 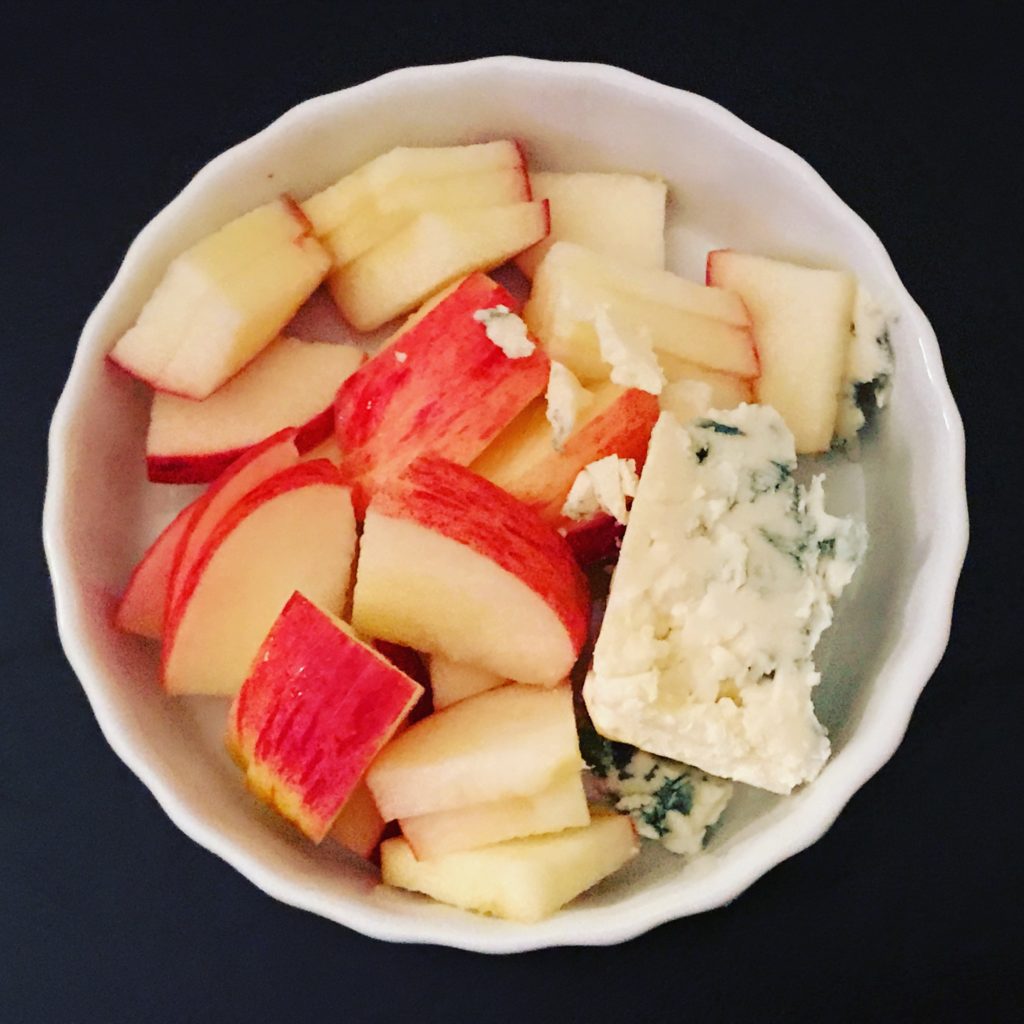 This time of year I find I crave red meat (especially pork) more than might be good for me. To keep myself from going balls to the wall when I lose willpower, I’ve been allowing a small amount of something I really want once a week so it’s a nice experience instead of a deprivation-bacon-binge pattern. Last week it was red wine balsamic pork tenderloin with herbes de Provence

in the slow cooker-a delicious indulgence (similar to this recipe).

So basically, yeah—I am all about the fall flavors right now. I’m so predictable, I know, but being in my thirties, I seem to have forgotten how to give a f*** about bring spontaneous and hip or whatever. At least my dog still loves me—even if it is just because I let him steal all the good pillows. 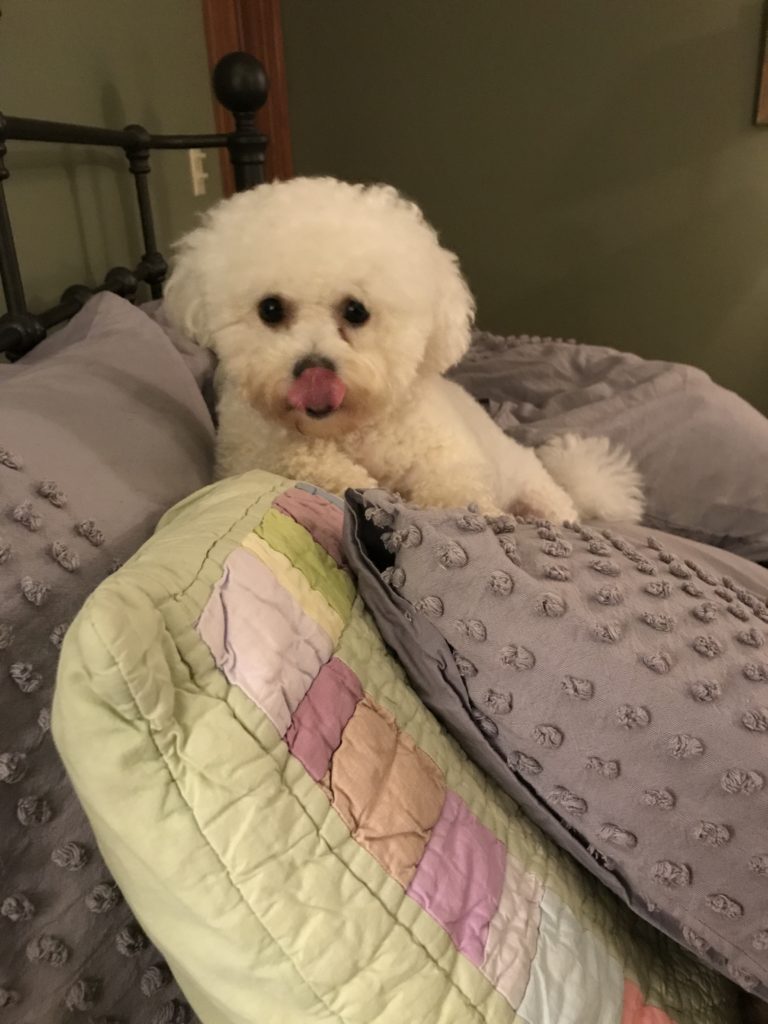 What are you obsessed with lately?