Thinking Out Loud: Milan and the World Expo

Wow, Thursday. I can’t believe it’s been a week since I got back from Italy. I feel like I’m still playing catch-up but wanted to share some of the highlights from my visit to the World Expo last week.

This was the main thing that brought me to Milan. This year’s theme was “Feeding the Planet: Energy for Life.” There were over 140 countries participating, and it was so cool to see the different interpretations.

The first stop for most visitors was Pavilion Zero, a more general presentation looking at the evolution of agriculture and human’s relationship to the planet and to food. 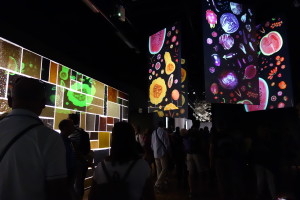 I wish I could have gotten to all the countries, but that would have taken days. Just walking around, you were exposed to so many different cultures and ideas. There were several clusters of countries doing a lot with coffee, chocolate, grains, fruits, vegetables, legumes, etc.

In Belgium, there were sculptures made of chocolate: 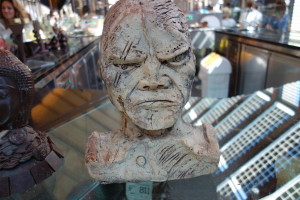 Bugs as a viable protein source came up in several places. This was Holland: 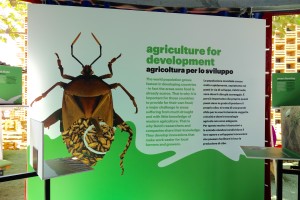 Speaking of bugs, the Netherlands food trucks drew the hipsters like a moth to a light: 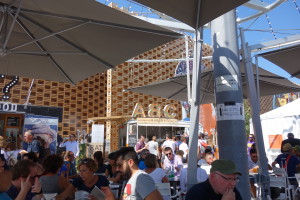 Another theme that came up a lot was making good use of space. There was a really neat vertical garden where I forgot to take pictures, but it was super-cool.

Some countries, like Spain, went all out and created an almost party-like atmosphere: 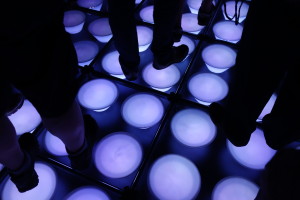 I’m going to be honest: I was damn embarrassed of the USA Pavilion. It came off as a bunch of talking heads in suits telling the camera how much they give a s*** about the world. At least Pepsi and Walgreens were well represented. 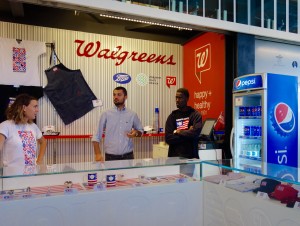 Italy made good use of its home-team advantage by showcasing restaurnts from each region of the country in an Eataly installation. I rolled with this gorgeous cold, cured pork with salad, rich balsamic vinegar, and organic bread. 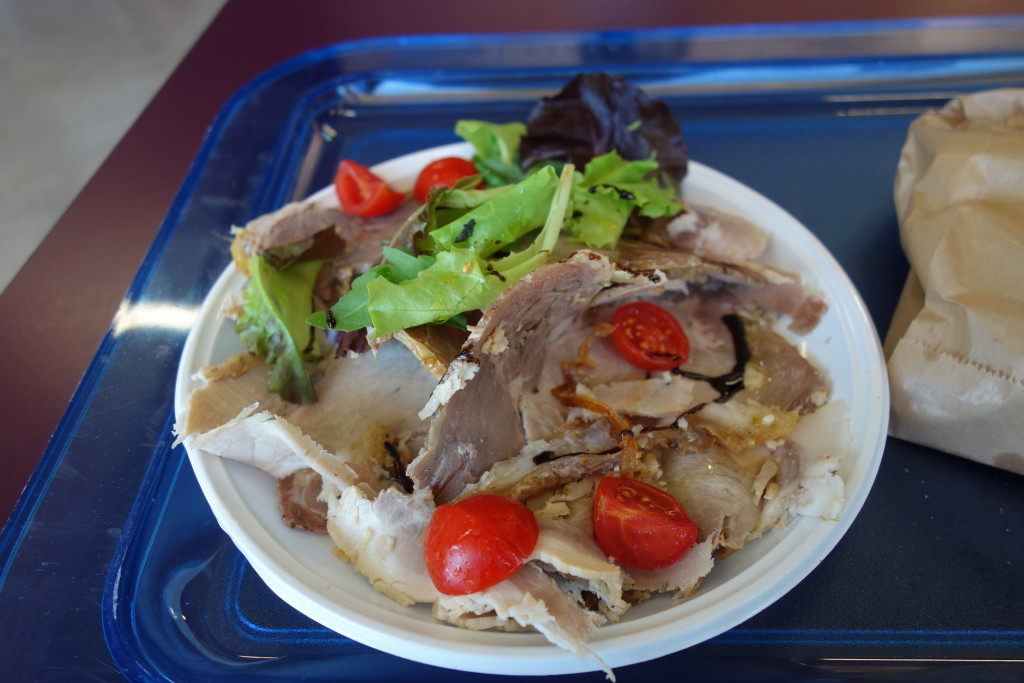 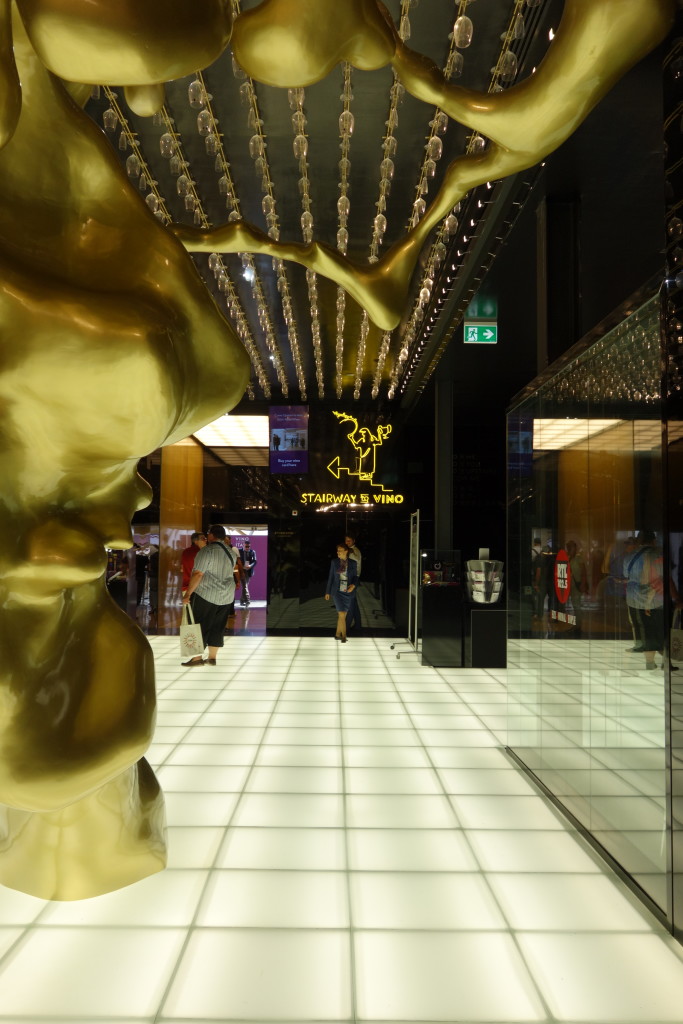 My goodness…I wish I had gotten, like, 10 tickets instead of one. Choosing my three wines was tough. I went with one primitivo rose, a delightful amarone, and a gorgeous, dry prosecco.  The wine tasting room was divided into wines from each region of Italy. You would scan your ticket and press the button under the bottle you wanted a taste from. So organized! So impossible to scam!

One of the coolest things at the Expo was the “Supermarket of the Future.” I spent a long, long time wandering around, taking in all the electronic displays and making notes about the layout. I love that you could look up the information about any particular product right then and there instead of having to whip out your phone to try to look up whether something might be a good fit for you. 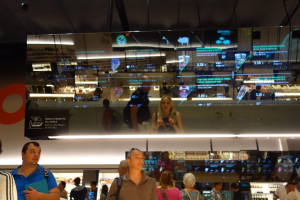 I also appreciated, for example, that the bakery was near the end instead of right when you first walk in. Also, there was no “safe” perimeter vs the middle aisle wasteland. Additionally, the open floor plan made it easy to figure out where you needed to go and how to get there. 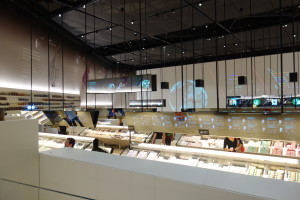 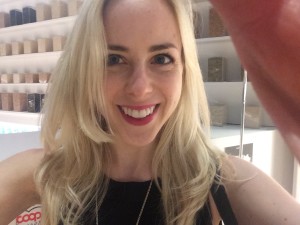 I was a sweaty, wavy-haired mess by the end of the day, but it was a great experience that gave me lots of interesting things to think about—and lots of recipe ideas!

What is the food culture like where you live? What would your ideal supermarket be like? What’s your favorite wine?
This post has been part of another Running with Spoons Thinking Out Loud link party, where randomness is the name of the game. Thanks to Amanda for hosting.

Leave a Reply to Lisa @ Lisa the Vegetarian Cancel reply