Happy Thursday! How’s your week going? I have a giveaway coming at you next week (which is in a new month—what the what?), but have a little dose of random in store for this week. Let’s do this thing:

*My main forms of physical activity are walking (aka living in New York), elliptical, weights, yoga, and pilates. I do love trying new-to-me classes, though, and will give almost anything a shot. Last week, I attended an event that was sponsored by Sunsweet at PureBarre near Union Square. 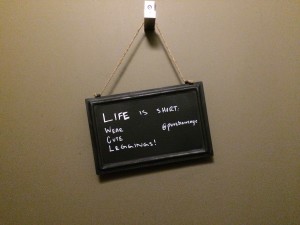 This was my second time trying a barre class (the first was a few years ago, at FlyBarre), and I loved it. If money were no object, I would totally do this on the regular. I actually have some Barre3 DVDs I bought on Groupon a few years ago and used maybe twice. I’m thinking about giving them another shot. The older I get, the more focused I am on building strength and maintaining good posture and the less I think about burning calories. 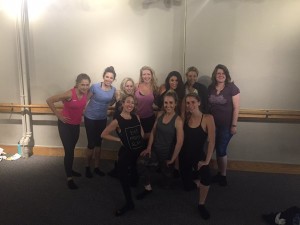 *Did you know that iPhones can explode? I found that out this weekend. Luckily, mine didn’t, but it could have. Last Saturday, I noticed the edge was pushing up past the top of the case I had it in. I didn’t think anything of it (I thought the case was busted) until someone I was out with that night saw it and was, like, “I don’t want to freak you out, but that’s kind of like your phone’s guts are exposed. You should go to the Apple store sooner rather than later.”

As it turned out, the problem was that the battery had swelled and was pushing against the plate. I had no idea, but this can cause the phone to explode. Awesome. The store employee who helped me out was very calm and got me set up with a new phone ASAP, but, well, yeah. That s*** is dangerous. I learned some things about batteries. New iPhone 5S for me.

*While we’re talking about stressful things, here’s a picture of some pretty stress-reducing flowers I’ve been looking at this week. There’s been some craziness at the hospital and I’ve had a lot on my mind (exciting changes/developments ahead, but lots of fear to swallow), and this dose of color therapy is way more effective than, say, shopping or—I don’t know—bourbon. 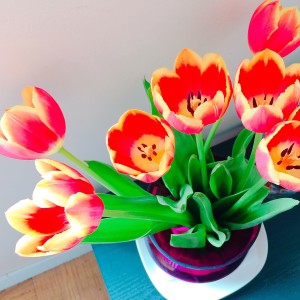 *On Sunday, My mom and I went to Murray’s Cheese Bar for lunch on Sunday. I highly recommend their Farmer’s Breakfast on the brunch menu: a perfectly-portioned assortment of cheese, meat, cornishons, jam, greens, and a fried egg. It came with grilled bread, which was the perfect pairing.

*After lunch, we went to a great wine-tasting class—we did the Bad-Ass Roses class at New York Vintners. It was so much fun and I walked away having found a few new favorites. There was one bottle left of Mouton Noir’s Love Drunk Rose, and my mom bought it for me, which was very, very nice of her. 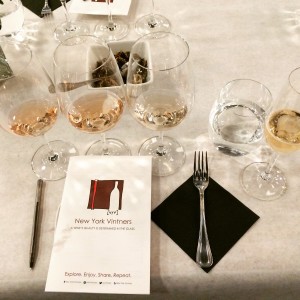 *Oh—this candle smells like gummy worms. And it looks like a rainbow. How could that be bad? 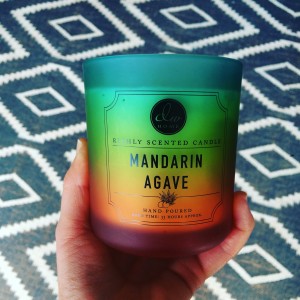 What did you do last weekend? Have you ever had your phone malfunction on you?