Welcome to another Running with Spoons Thinking Out Loud link party where stream-of-consciousness is the name of the game! Thanks to Amanda for hosting!

I refer to the summer of 2013 as Cicada Summer. In part, it’s because the cicadas were here. It was also because at the end of it, I was left feeling kind of like, “Well goddamn—after all that noise, all I’m left with is a bunch of bug husks?”

(The alternate title of this post is “That time I decided to take a break from dating and got a dog.) 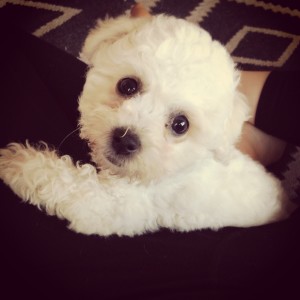 Summer 2014 has been the summer of iced coffee and puppies. I have to say, this summer has kicked last summer’s ass a hundred times, and it’s not even over. Being a crazy dog lady is awesome.

While I was in Boston last weekend, Eli was living it up at my parents’ house with their dogs. My mom sent me lots of cute photos over the weekend to let me know the little dude was fine and well. Here are a few of my favorites: 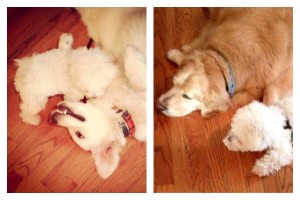 He and the big boy golden retriever, Satch, were BFFs almost instantly. Lady Jane was not so convinced about this puppy thing bouncing around, but she tolerated him. 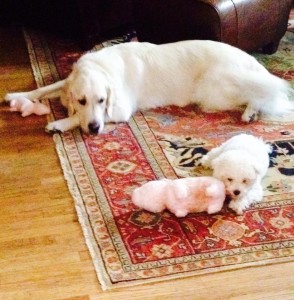 The boys just so happened to have identical pigs (except Eli’s is much smaller). Apparently, they are very good at sharing. I thought this photo was staged, but not so, as per my dad. 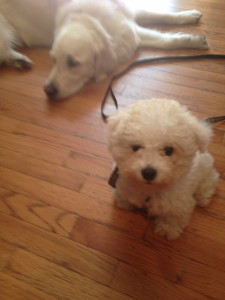 Okay okay okay. For a few non-dog things for this day-o-randomness…

* Chickens! The farm I went to on Sunday had a bunch of chickens. We thought they were roosters but maybe not all of them? I just couldn’t get over the feed buckets (presumably from Home Depot): 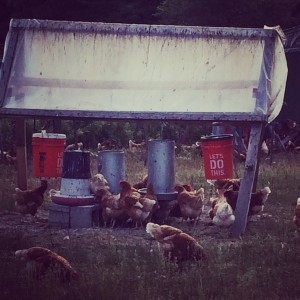 *Speaking of chickens, I hate how much I love the spinach & feta & egg white wrap from Starbucks. The nutrition stats are actually pretty decent, save for the sodium. Though I wouldn’t make it a habit, I kind of want to eat this every day. Sorry I’m not sorry. 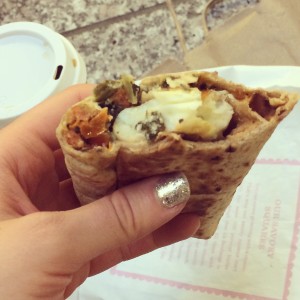 * Is Trader Joe’s giving away these fruit bars or something? I had no memory of throwing one in my basket, and it wasn’t on my receipt, but there it was in my bag when I got home. It’s not really my thing, but I guess it will be interesting to try. 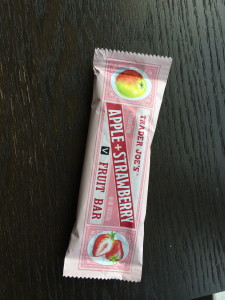 * Jenny Lewis has a new album out. Anyone else obsessed with The Voyager yet?

So. Thinking Out Loud. What’s on your mind today?