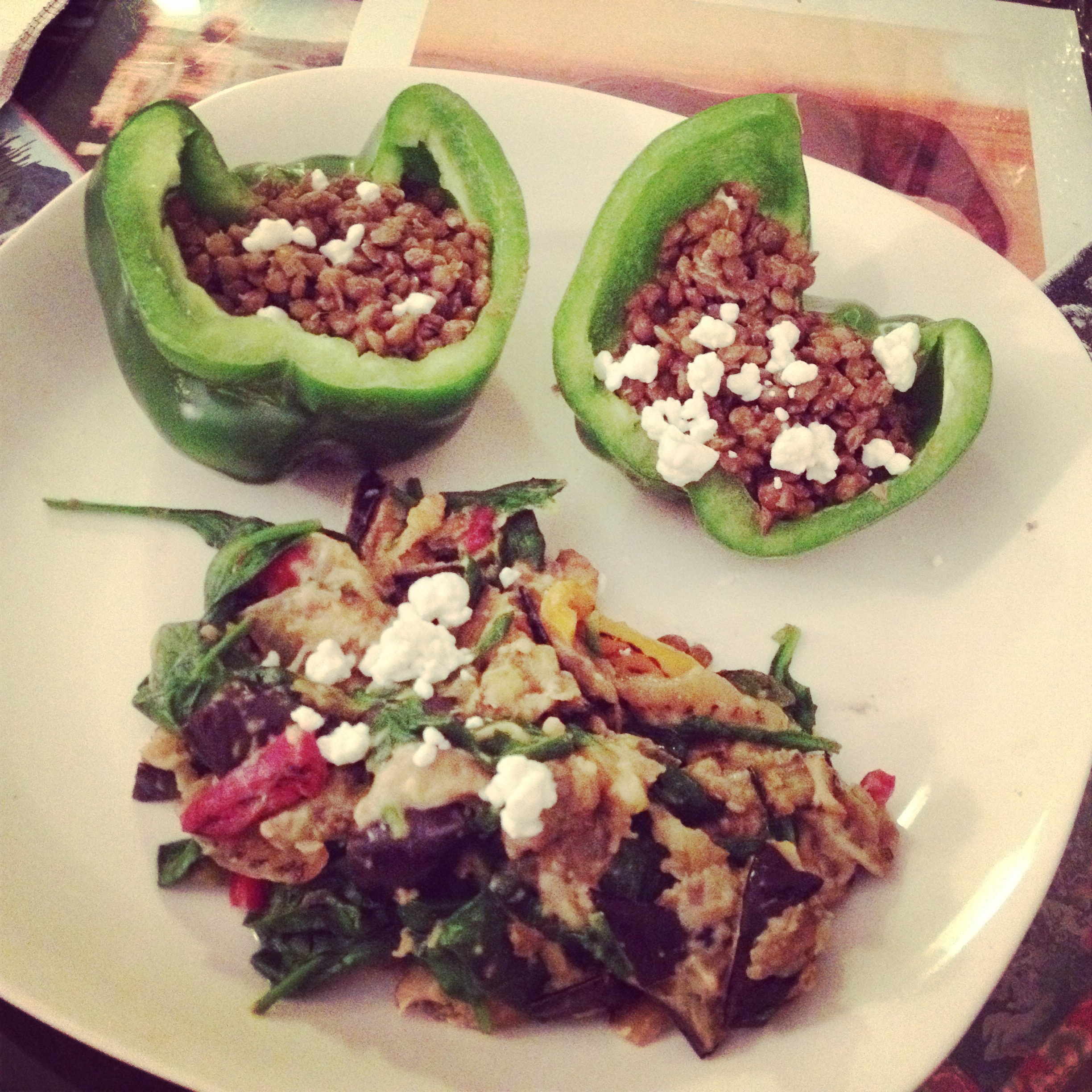 Good morning. Happy Monday. I’ve got a meatless recipe for you today.

Stuffed peppers were one of the first meals I learned to make as a college grad. They were so easy—and so cheap! For years, they were a weeknight staple, and I have no idea when and how they fell out of rotation. Until this weekend, I can safely say it had been ay least 3 years (if not longer) since I’d made them.

Go figure, it was this recipe from Self magazine that reminded me of how much I love lentil-stuffed peppers. Aside from being delicious, they’re a great source of protein, fiber, and iron—the absorption of which is enhanced by the vitamin C in the pepper. I decided to put a Mediterranean-style spin on it by using a blend of spices instead of salsa. I also topped mine with goat cheese and served it with mixed greens veggies mixed with hummus. Feel free to experiment.

What was one of the first foods you learned to make?