One of my favorite jokes of all time goes something like this:

Two sausages were sizzling in a frying pan. One sausage said to the other, “It sure is hot in here!”

The other sausage said, “Oh my god, it’s a talking sausage!”

No matter how old I get, the word “sausage” will probably always make me giggle a little bit—for obvious reasons. There’s really no way around it. I have accepted this about myself. 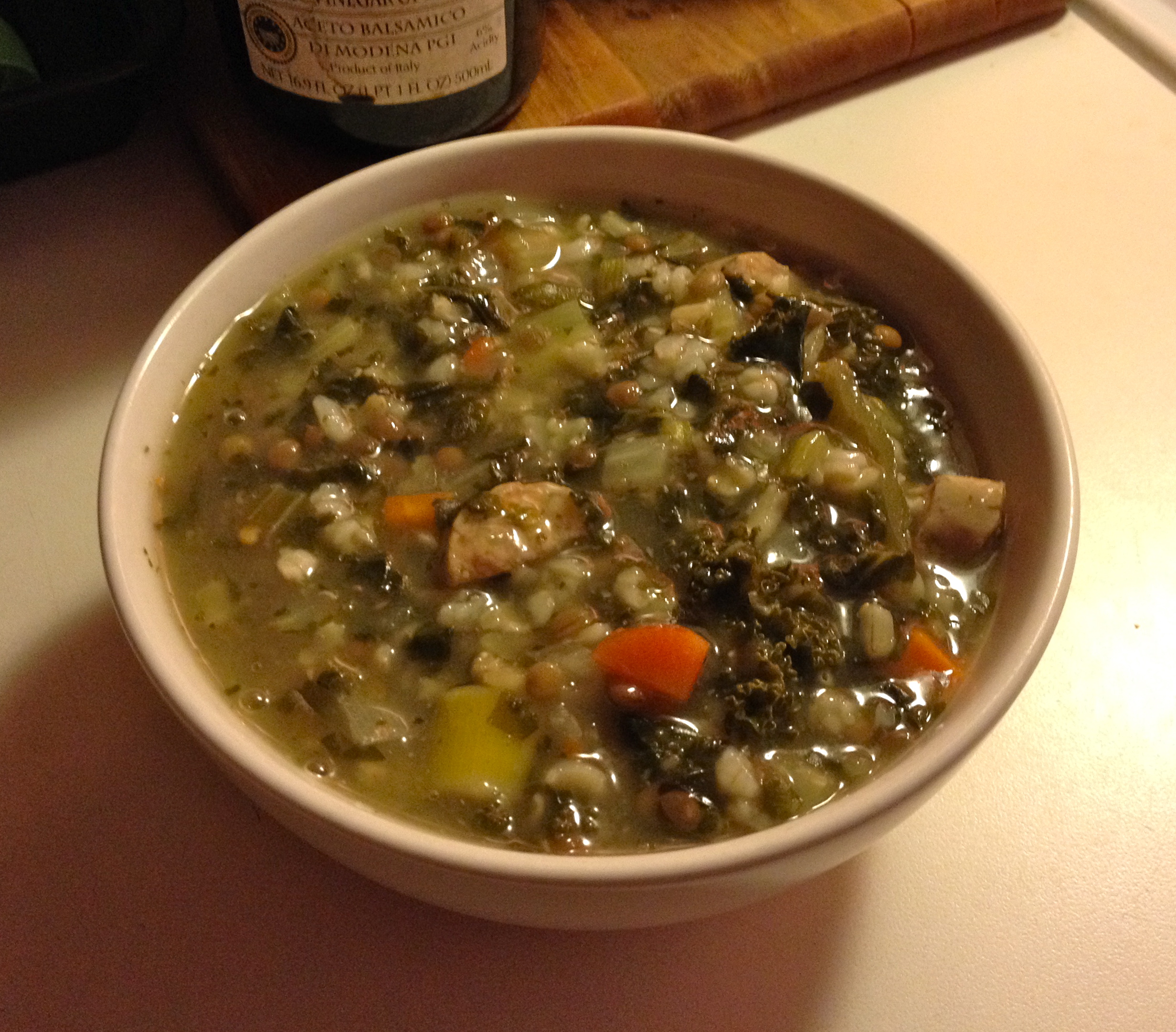 I first got the idea for this soup from a recipe I saw on How Sweet It Is, which calls for spicy Italian sausage and whole wheat orecchiette. However, instead of pasta, I decided to use up some brown rice that had been in my cupboard for well over a year.

I actually decided to throw out the orecchiette in there because it finally dawned on me that almost all of the not very many relationships I’ve had in the past few years ended within days of sharing a meal that contained said orecchiette, and well, f*** that. It’s 2014. I need a new pasta shape in my life. Energetically speaking, I’m sure there’s something not good about eating pasta that looks like ears, maybe to do with hearing/listening/being heard. I don’t know—I’m over-thinking this, clearly. Let’s just say I’m ready to actually learn from my mistakes by not making bad-karma-pasta anymore. Maybe I also should enforce a new rule about not making pasta too early in a relationship, since the one that did not end with orecchiette ended with ravioli.

But back to the soup…To up the fiber content, I added some green lentils and used less sausage. Speaking of sausage (let’s see how many times I can say “sausage” in one post), I went with a couple Trader Joe’s roasted garlic chicken sausages for this recipe, but you can use whatever kind you want. Turkey sausage, beef sausage, pork sausage, mystery sausage…

You can also play around with using different greens if kale’s not your thing or if you got spooked by that article you read a few weeks ago.

What’s your favorite joke? Does “sausage” make you giggle? Which pasta shape should I try next?