Welcome to another Music Monday! Every installment, I’ll be bringing you a different artist talking about how they stay healthy on the road. This series is part of a larger project I am working on in conjunction with the nonprofit, WhyHunger, which works to fight hunger and poverty by connecting people to nutritious, affordable food and by supporting grassroots solutions that inspire self-reliance and community empowerment. If you have the time, take a look at their site, and please feel free to share this with your social networks, especially with your music-loving friends!

Today I have a piece about guitarist, Kyle Green, who was kind enough to sit down for an interview with me a few months ago.

Some artists hit the pavement or take to the sky to get around, schlepping from one stage to another. Others, like Guitarist Kyle Green, travel with the venue. Green spent the better part of five years traveling on cruise ships, anywhere from two months to 14 months at a time. Though being in a new location every day—be it a new city or somewhere out in the middle of the ocean—can be disorienting, he found himself motivated to establish a routine. 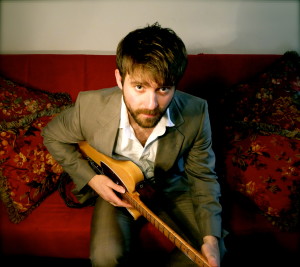 “Once I started working on ships, I had a lot of time on my hands,” says Green. “I would work anywhere between one and five hours a day,” which left a lot of downtime. As someone who’s been physically active most of his life, Green took advantage of access to the gym, something artists who have to constantly pick up and head to their next destination often struggle to fit in. To fuel his workouts, he relied a lot on supplements such as protein, creatine, and amino acids in addition to five meals a day.

The food, he explains, can become redundant and monotonous. “They do have healthy options, but they’re somewhat limited. If you’re a vegetarian,” as some of his friends on the ship were, “they’re very limited. As you can imagine, vegetables aren’t very fresh, so they’re treated to last longer.”

“Of course,” adds Green, “when you’re in Venice, you go out and have pasta, when you’re in Naples, you have pizza, so there were those opportunities to indulge. I did, of course, but not too much.”

Over time, he found himself more concerned with his overall health—inside and out. He cites various documentaries and books for inspiring him to turn his attention inwards, along with the influence of a roommate who shared his knowledge about mind-body wellness with Green.

He found himself incorporating more raw and organic foods as he shied away from processed things and even eventually got away from supplements. He noticed a big difference in how he felt and saw the positive change reflected in his skin, which, he admits, had previously not been very healthy. “I decided that people can promote whatever they want–there is the business side to it—but we evolved eating things straight from the earth, so that’s where I want my diet to be.”

“When I first started ships,” he adds, “I ate a lot more protein:  beef, chicken, processed foods, where now, I seldom consume beef—even chicken.” Today, he favors mainly fish and vegetarian sources of protein like beans. He also often starts his day with some raw fruit in place of a protein-heavy breakfast.

When asked about alcohol, Green, who started working on ships at age 22, admits that drinking was a main social event for nontechnical staff after hours. “Most drinks are less than two dollars [at the crew bars], and there’s a lot of binge drinking.” When the ship was docked, exploring port towns could also involve heavy drinking. Though it wasn’t the only thing to do, for many, managing alcohol intake when traveling on a ship takes some navigation. Green found that his relationship status influenced his desire to partake. “When I’m single, I feel grounded in most areas of life, but I do enjoy having close relationships.” When he doesn’t have a partner to share that with, he says, he feels more inclined to go out “to connect with other people.  When I am in a relationship that desire is fulfilled, so I don’t go out nearly as much.”

Another part of his motivation for keeping a clear head was his playing. I witnessed friends drinking to where they’d black out. The next day, they weren’t performing well because they couldn’t read the music in front of them. I’ve encountered this with fantastic players…the alcohol runs their life to a point where they don’t play to the best of their ability. I never let it affect me in that way, but it can be a challenge.”

Still, adds Green, “There were times it did limit my progress as a musician.  I wouldn’t wake up early, I wouldn’t practice, wouldn’t push myself musically. After a while, that became very frustrating. It was a feeling within myself: Why do I do this? Why do I go out and consume alcohol when I know it’s taking away from what I really want in life?”

He found the best way to break out of that pattern was to develop good habits and create a routine. “It was also very helpful when I had friends around me who had similar goals. There were times where we’d wake up at eight in the morning and go have jam sessions—really push ourselves. They were all great guys. Some of them drank and were harder to get out of bed, but a couple didn’t really drink, and that reflected in their drive…I think that what musicians can lack sometimes is structure. It really comes down to the individual.”

On trips home to Michigan, Green did his best to translate his healthy eating and exercise habits to everyday life on land. Though he’s found an all-raw regimen difficult to sustain, he’s been able to continue consuming a mostly plant-based diet. “I would go back [to Michigan] and find places where I would get relatively good produce.” Breakfast would be mainly fruit or smoothies, and he also took time to cook—something he didn’t get to do on ships. “I’m not good at it, but I enjoy it,” he says. “I like having some nice music going and having a glass of wine, and having my family around.”

Although Green grew up in a very “meat and potatoes” household, family members—especially his mother—have been receptive to his more natural approach. “She’s into cinnamon and turmeric, and makes black bean brownies and chocolate pudding from avocado! What’s great is that she always wants to learn more.”

When he moved to New York to continue the college education he’d put on hold to play on cruise ships, he had to establish a whole new rhythm. “Being a musician in this city, I’m running everywhere. I do sometimes carry carrot sticks and apples, but sometimes I don’t, and I end up having chicken over rice from the food cart.” To balance things out, he still prepares many of his own meals and incorporates a workout into each day as well as ten minutes of meditation before bed, a practice he got into to feel more emotionally balanced while at sea.

Another adjustment has been not having access to the basic healthcare he had on the ship. “Part of why I take concern for my health is because I don’t have healthcare. I can’t afford it.” He also doesn’t take medicine. “No aspirin for a headache for anything. I think headaches are probably caused by dehydration. Obviously, if you’re already feeling a headache, it’s too late, but I try to consume a lot of water and just rest.”

One of the main things he’s learned: “You need to take responsibility for your health. Unfortunately, that’s something a lot of people don’t realize they have control over…The information is out there, and once you realize what you’re consuming, it’s hard to go back and be, like, ‘Oh, I’m okay with that.’ You at least become aware of your habits and hopefully make better choices.”

Moving forward with a handful of good practices and intentions, Green hopes he can continue to live well. “Of course,” he laughs, “There’s always the opportunity to crash and burn.”

If you or anyone you know would like to be featured on Music Monday, get at me! KeepingItRealFood(at)gmail(dot)com