Did any of you guys read this story in the New York Times ? The piece looked at the results of a survey in which both Americans and a panel of nutritionists were asked to say whether they thought certain foods were healthy. 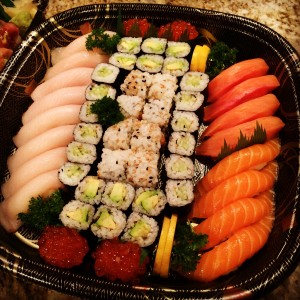 The groups were in agreement about some of these items, while the perception of healthfulness of some other items like granola bars, frozen yogurt, and tofu, varied greatly. I was one of the RDs who weighed in on the topic for this Self article.

One of the common threads in foods that Americans thought were healthy was foods with a wholesome image (or “health halo”) but which actually contain a lot of added sugar. Here’s looking at you, granola and fro-yo.

Tofu was one of the foods labeled as less healthy by Americans than by the nutritionists. I think a lot of this has to do with the confusion around soy that causes many to think that all soy is “bad” soy. While I definitely discourage the isolated soy protein often used as filler in processed foods, soy in its whole form, such as tofu, tempeh, and edamame, actually offers a range of health benefits, such as protein, fiber, and calcium.

I’m glad we could all agree on oatmeal, at least ; ) 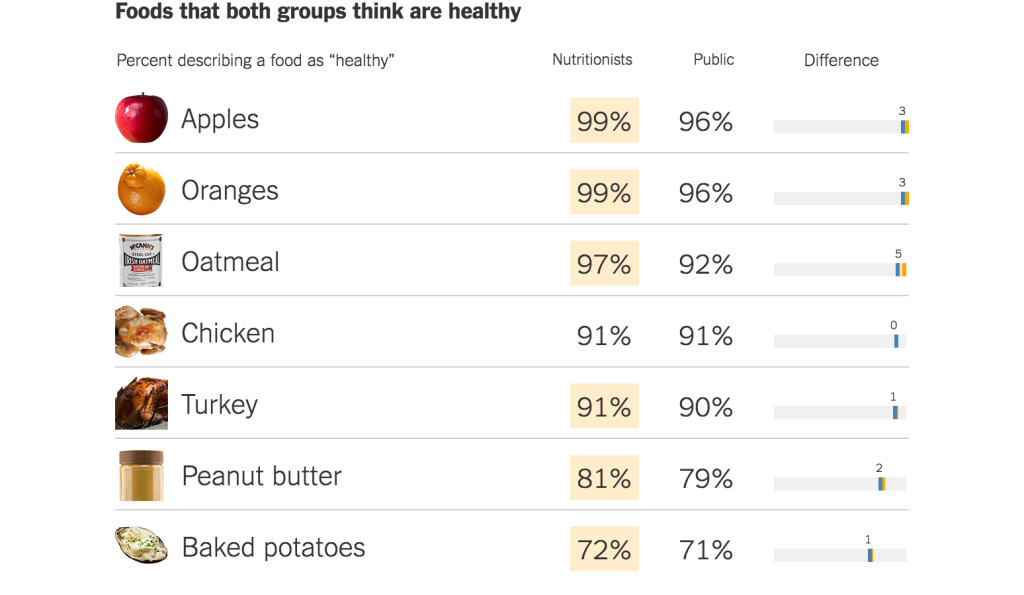 Borrowed from the NY Times

I did have some issues with the survey, though. For example, why did they survey nutritionists from the American Society of Nutrition instead of the Academy of Nutrition and Dietetics? It’s also helpful to note that only 672 nutritionists completed the survey. The researchers themselves do point out that the results are not meant to represent the views of all nutritionists but to provide “an imperfect measure of what foods professionals consider to be healthful.”

However, who are all these nutritionists (62%) who think that orange juice is healthy? 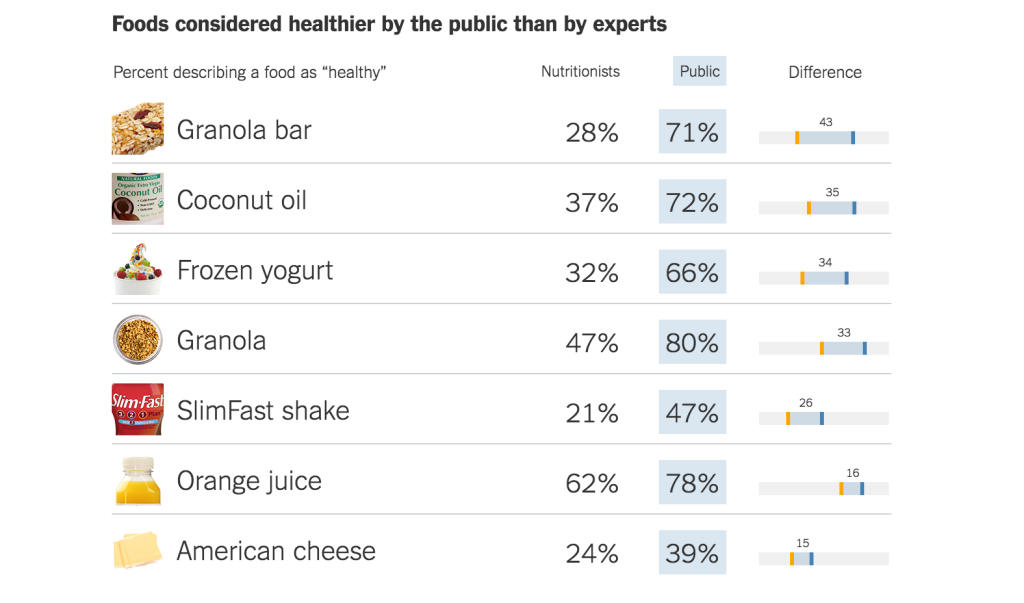 borrowed from the NY Times

That said, I’ll bet a lot of the people surveyed would have lots of comments explaining why they made the choices they made. Case in point: only 21% of nutritionists labeled SlimFast shakes as healthy. I wouldn’t be surprised if a portion of that 21% were nutritionists with a specialization in bariatric surgery or working with very obese individuals with a lot of weight to lose and who utilize meal replacement products like shakes, bars and frozen meals as part of a comprehensive weight management plan. These items may sometimes be used because they’re known entities in terms of nutrient content. That said, I don’t love the ingredients in this particular brand, but as a concept, I can understand why someone might give it a green light.

Anyway. For anyone curious, the full results are viewable here, as well as the crosstabs used in this study. I think this stuff is really interesting—perception is such an important part of the choices we make.

What are some foods you used to think were healthy or unhealthy and have changed your opinion on?