In the spirit of St. Patrick’s Day*, let’s talk about liver health. And yes, there’s a song to go with this post. 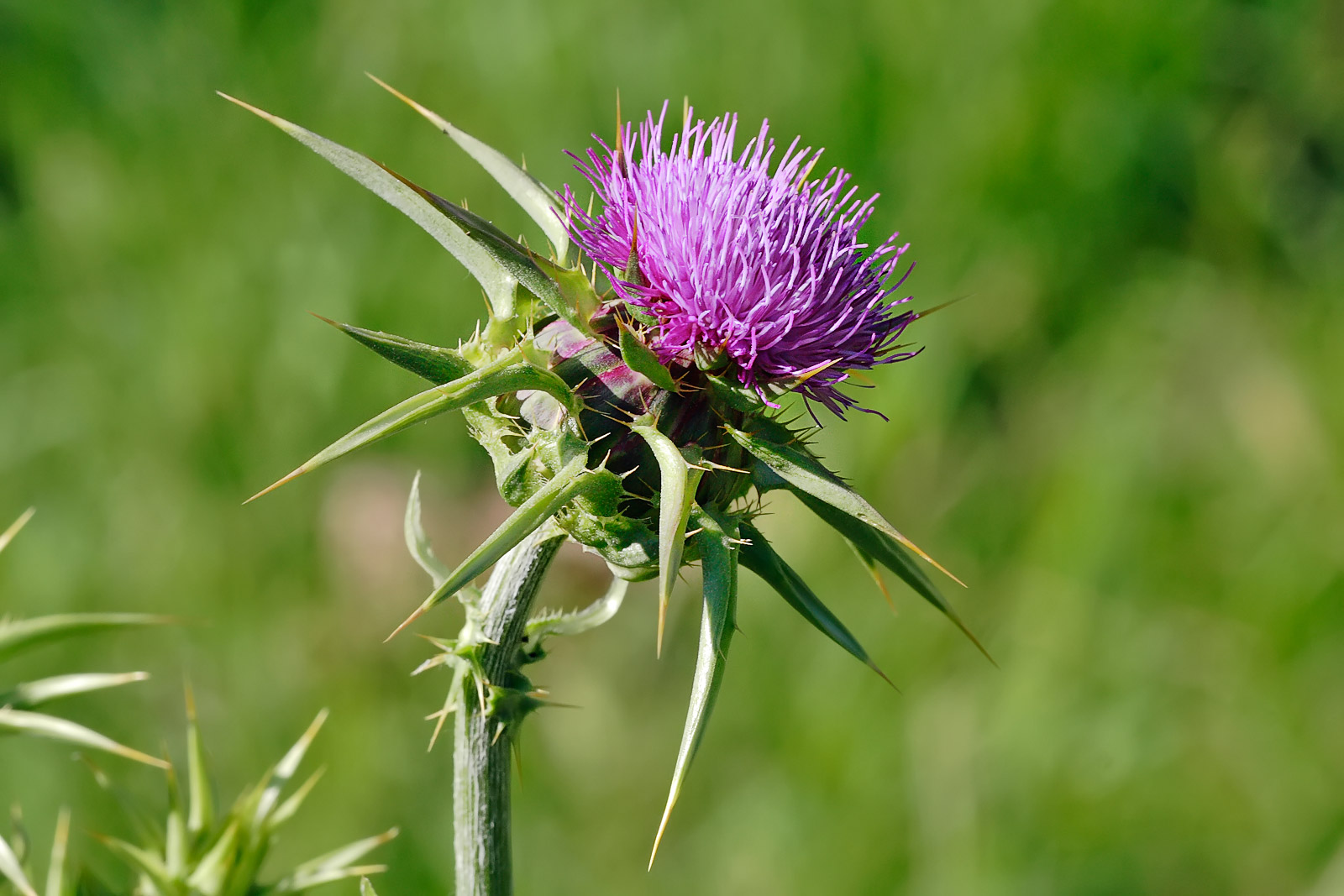 I know that the other day I was chit-chatting a bit about Chinese medicine and the “mania of springtime” (this phrase shouldn’t make me laugh, but it does—maniacal laughter, perhaps?). Another thing to note about the different seasons in Chinese medicine is that each has two organs of the body associated with it. Spring is all about the liver and the gallbladder, two organs associated with cleansing, detoxifying, and establishing new health regimens.

Milk thistle tea or supplements are something that may be recommended to promote this cleansing and protect from incoming toxins (like those in green beer). Of course, it’s not just toxins from alcohol—there’s also that other fun stuff like medications, environmental toxins, pesticides, and mercury. Milk thistle leaves and flowers can also be eaten as a vegetable for salads—think of it as a stand-in spinach. You can also find roasted milk thistle seeds used as a coffee substitute.

Milk thistle (Silybum marianum) has been used medicinally for over 2,000 years to treat a variety of ailments, mainly gallbladder and liver conditions such as cirrhosis, jaundice, and hepatitis. It’s also been shown to have some anti-inflammatory and antioxidant effects. It’s sometimes used in the treatment of alcohol-related liver problems, and some research shows it may also be effective in treating liver damage related to industrial toxins. It may also be used to promote breast milk flow, treat uterine issues, and alleviate depression. There is some research showing milk thistle may be helpful in people with diabetes and those with high LDL cholesterol as well, among other conditions. Overall, though, there’s not enough research for most mainstream doctors to conclusively say yes-or-no to its effect. Primarily, you’ll hear about it from practitioners of complementary and alternative therapies, though I’m sure there are exceptions out there.

Disclaminer: Milk thistle is not something I work with, mostly because I don’t consider myself educated enough about herbs to make recommendations to clients. If someone is serious about integrating herbs into their health regimen, I offer to refer them to an board-certified herbalist who can give them the information they need. I really just wanted to share something I’ve been hearing a lot about recently. I also wanted an excuse to share a Bright Eyes song called “Milk Thistle” because it makes a nice counter-balance to the playlist I shared with you guys the on Saturday.

*Bottomless brunch may be legal after all, but keep in mind that current alcohol recommendations from the World Health Organization are up to one drink per day for women and up to two per day for men. Of course, it might involve a little balancing act and math over the course of the week (if I don’t drink Tuesday, then maybe that second drink on Wednesday is okay?), but never hurts to have a frame of reference.

Do you use any herbs? How are you celebrating St. Patrick’s Day?