How was your first day of 2014? Today has been my day off after working yesterday, so I’ve been catching up on some of the little human things. There’s a big-ass snowstorm on its way, so it’s nice to have a day to do things like clean my closet and make soup. Because I have some red lentils, frozen spinach, and canned tomatoes handy, this recipe from Oh She Glows is sounding pretty good.

For me, a day off also means savory breakfast: 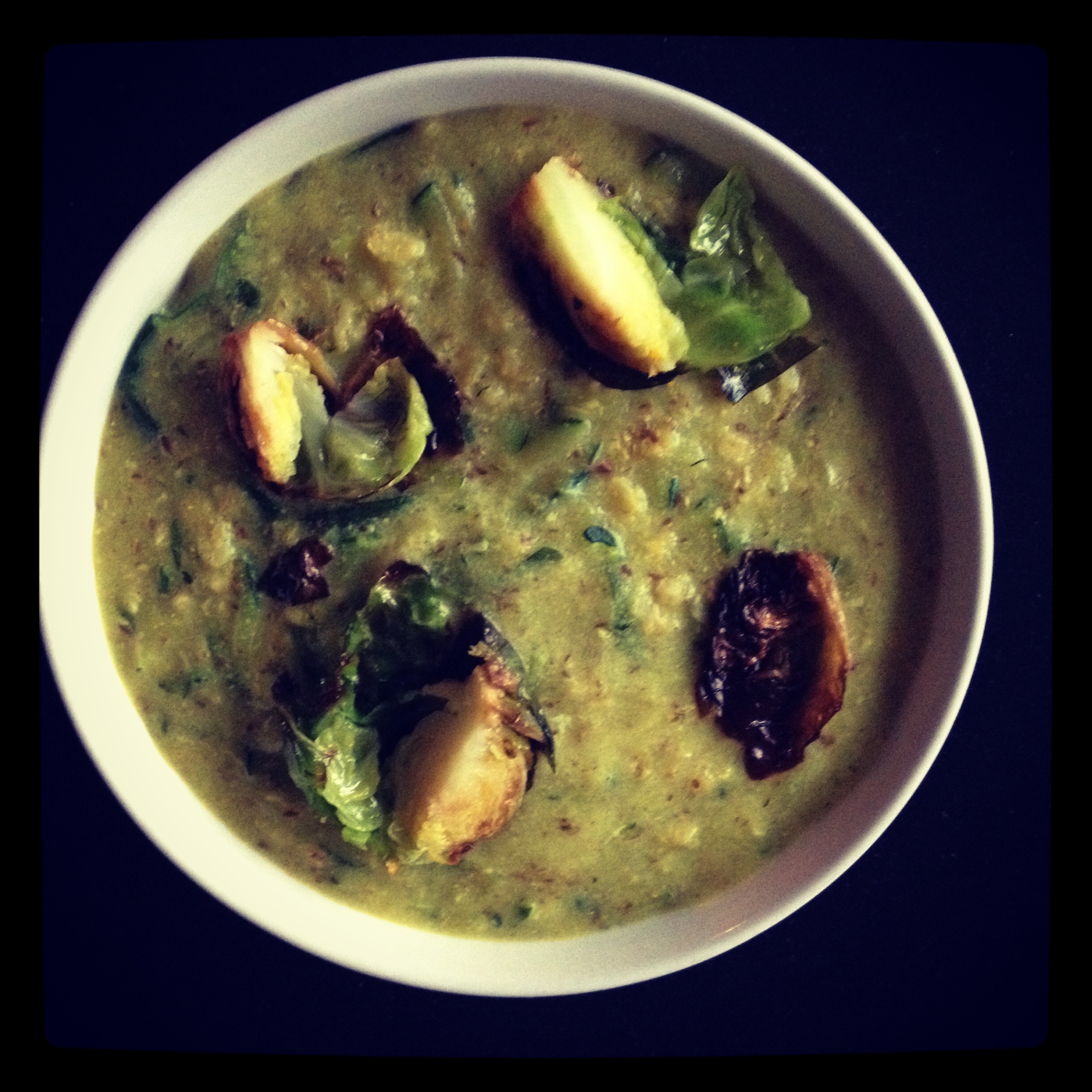 This oatmeal had ground flax, grated zucchini, baby spinach, and an egg white cooked in, plus plenty of garlic, ginger, turmeric and red pepper flakes. I topped it with some leftover roasted brussels sprouts. Weird but delicious.

I also finally got snow boots, something I’ve not had since I lived in Boston. Sometimes it seems like I just got to New York, an anxious 22-year-old kid in need of a a change of scenery. Other times, I feel like I am both halves of an eccentric NYC couple who’s been living here for 30 years. We love reading the Times over coffee on a Sunday morning while listening to WNYC. Either way, I’m happy to be here.

Mostly, I’m just excited that now that the holidays are over, things can finally start moving again!

What are you most looking forward to this year? What do you eat for breakfast on a day off?