On Saturday night, I used a Groupon to check out a class at Cook & Go, a culinary studio that started in France and found its way to the US a few years ago. The concept is that you cook the food in class and then take it home to reheat and eat. In the warmer months, they offer picnic-themed classes, too. Most of the food is actually prepared in foil carryout containers, which makes it so easy! Another plus: free wine for evening classes.

I did the Healthy Living menu, which included

What was neat was that each person made their own meal (aka no strangers touching your meat). The instructor passed ingredients around along with spoons we used to add the amount needed for one portion. It was very informal and low-stress. The recipes are very simple, so you can feel good about eating mostly whole foods and can use as little or as much salt as you like. The only thing I didn’t love was that we used Splenda in the chocolate cakes, but in the grand scheme of things, a couple teaspoons of the stuff isn’t a deal breaker for me.

One thing that I find odd about cooking classes, though, is that I’m usually the only person flying solo. Maybe I didn’t get the memo that cooking classes were a couples-only thing? Whoops. Not like that would stop me. Of course, there are those occasional funny/awkward moments. This class was no exception. It started in the first two minutes:

Instructor (to Jess, motioning to the empty space next to her): Are you waiting for someone?
Jess: (turns and waves to other 24 students) I’ll be your token bachelor for this evening
(room laughs)
Instructor: Don’t worry, there’s always someone like that.

Hm. “Someone like that?” What does that even mean?

Throughout the class, we were instructed to share things like stalks of fresh herbs with our “partner.”  Several times I had to raise my hand to ask questions like, “What should we do if don’t have a partner to, uh, share an eggplant with?”

Share an eggplant. I guess that’s what the kids are calling it these days?

Anyway, my classmates actually were really nice and a fun bunch of work with—there was a lot of laughing. I also left with a pretty nice spread to enjoy at home: 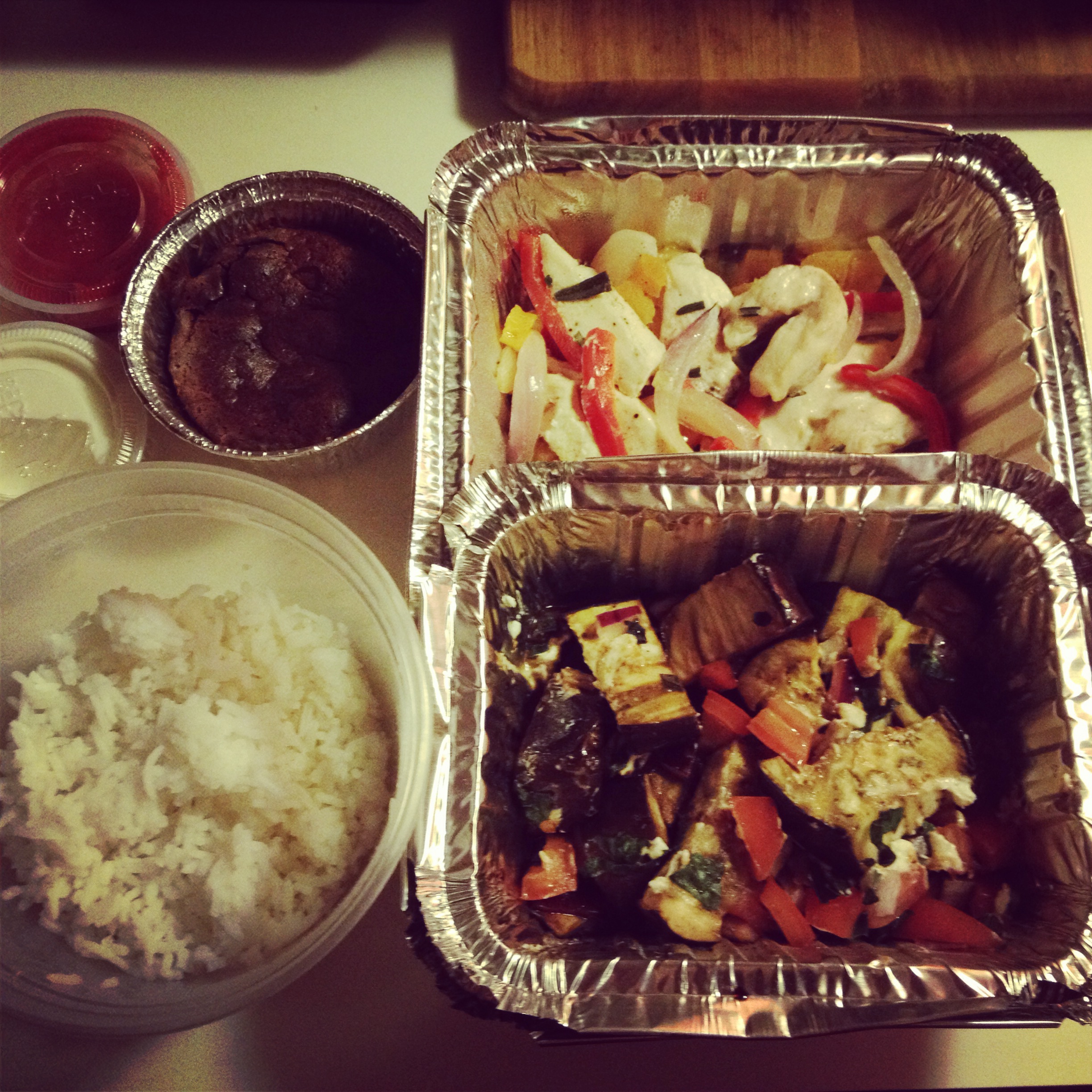 Because I had enjoyed some wine at class, I ditched the rice, since I don’t really care about white rice, and I enjoyed the eggplant salad over some greens I needed to use up. Just to be fancy, I served the chicken in a fancy little cup, like, so: 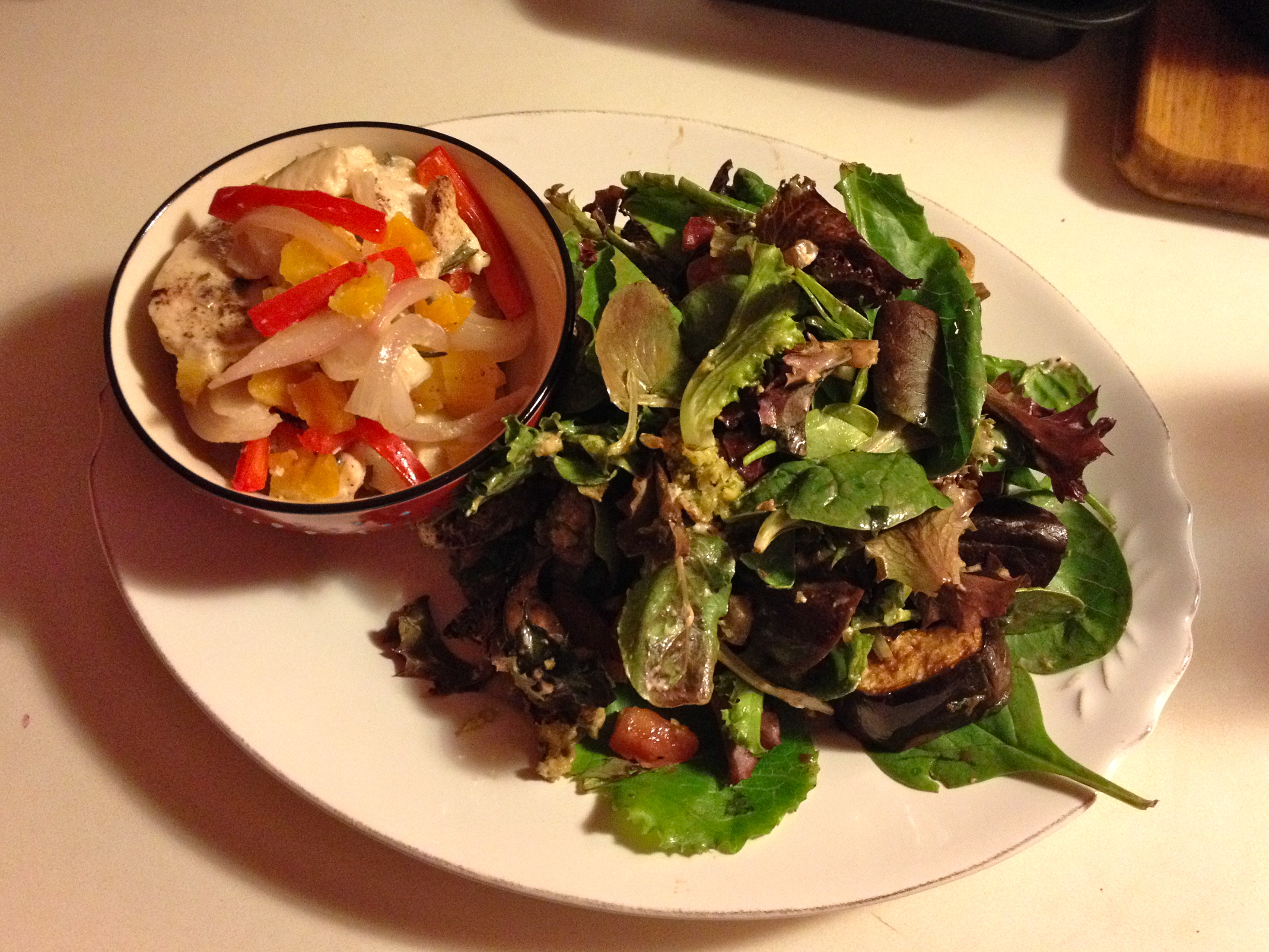 There was nothing fancy about the cake. I just reheated it in the oven at 350 until it was warm and enjoyed it while catching up on the morning’s Times, like the eccentric middle-aged couple I am.

I heard that we’re getting some low, low temps in the U.S. Coldest in decades. Guess I’d better get on that whole “someone to share an eggplant with” thing, if only for the body heat. Or I could just keep hamming it up in cooking classes and blogging about it and just, you know, wear a lot of sweaters.

Have you ever taken a cooking class? Does your partner like eggplant?