People who don’t know me very well (and even those who do) sometimes tell me I don’t know how to relax. This is usually the follow-up statement to the revelation that I do not own a television set. Though I can’t say it’s entirely untrue, it’s just the way I’ve always been. Even as a child, I spent my down time drawing, playing music, writing, building forts, exploring the woods near my house—stuff like that. Sure, I enjoyed video games, but that was more fun to do with other people.

When I’m alone, I unwind by giving attention to things that matter to me. Some of it might technically qualify as work, but because I love what I’m doing, it doesn’t feel that way. For example, when people ask if it takes discipline to write a blog, I just tell the truth: blogging is what I do when I should be doing other things. If I spend a random Saturday night writing worksheets on therapeutic diets or editing an article, it rarely feels like a chore. My attitude is more, “What else would I be doing?” Chances are I was out being social earlier in the week and couldn’t care less that I’m supposed to be out getting drunk in a warehouse in Brooklyn or something.

That said, like many dietitians, I have that Type-A perfectionist side who fills my head with thoughts about what I “should” be doing, or how I’m “supposed” to be spending my time when it comes to my career. Sound familiar? I lose touch, sometimes, with how hard I work because my normal is what feels normal to me. Everyone is different, but once in a while, I get the chance to look that Type-A creature in the eye and tell her to take five.

Yesterday, for instance, was supposed to be spent at the Diabetes Expo. Instead, I decided to go to another Women Who Brunch event. This one was held at the Penrose on the Upper East Side, and featured the wonderful Hannah Brencher, creator of More Love Letters. 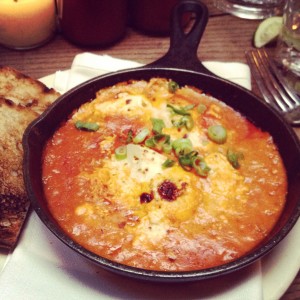 After that, I could have gone and checked out the Expo for maybe, like, an hour, but instead, I took a rambling walk through Central Park because it was sunny and because that’s what I wanted to do. It was absolutely divine.

After that, I went to a friend’s birthday gathering at Luckydog in Brooklyn, where patrons can bring their dogs. Oh. My. God. So much cuteness! 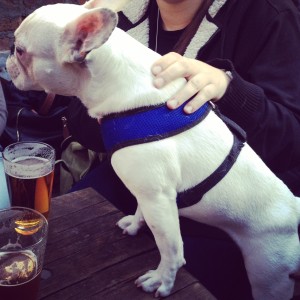 No idea who this dog belonged to, but it sure was cute and friendly!

If someone had told me that I would get to spend an afternoon sitting outside and petting adorable dogs I don’t have to worry about walking or cleaning up after, I would not have believed the wonderful news.

Once in a while, I need to be reminded that taking a time-out from “work” is important—great way to hit the reset button!

And with that, I’m off to a Sunday shift at the hospital…Have a good one!